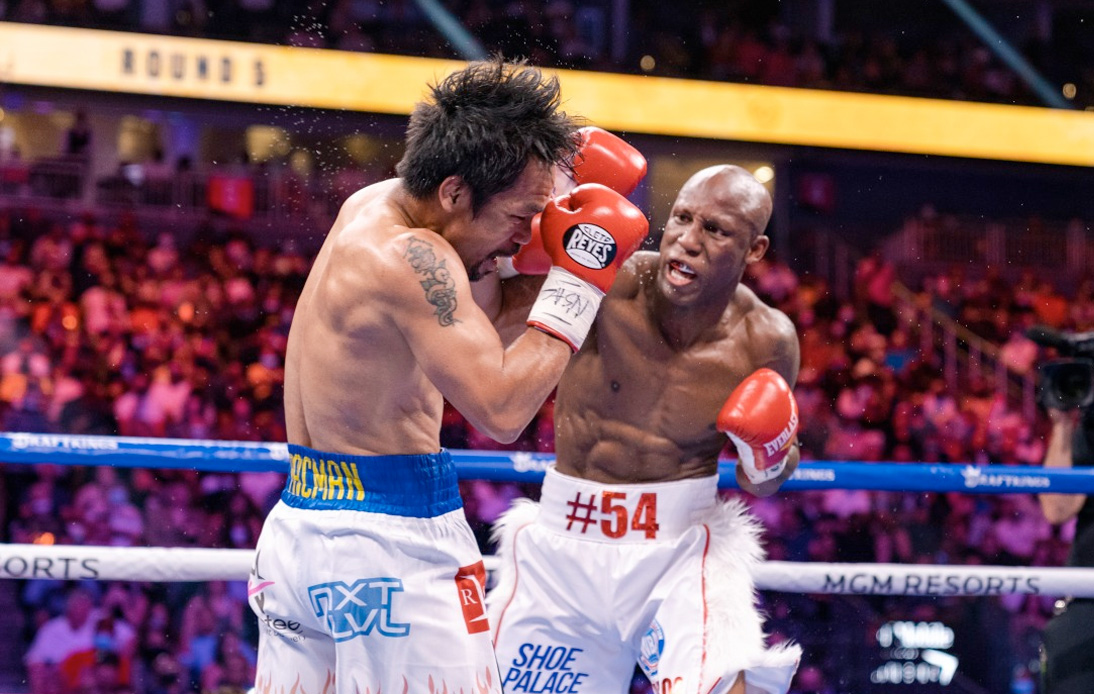 Manny Pacquiao lost to Yordenis Ugas in his first fight after a two-year absence.

The Cuban boxer beat the odds to win by unanimous decision and retain his WBA super welterweight title.

Errol Spence Jr. was the boxer who should have faced Pacquiao in his return but after his injury Ugas was drafted to replace him in less than two weeks before the fight.

This was Pacquiao’s first fight since he defeated Keith Thurman for the WBA welterweight title in July 2019.

The 42-year-old Filipino now has a record of 62 wins, eight defeats and two draws. He was stripped of the WBA title in January this year because of inactivity.

After Pacquiao was stripped of the belt, Ugas was the one who was elevated to WBA super champion.

“I’m very excited but most of all, I want to thank Manny Pacquiao for giving me this opportunity in the ring today,” said the 35-year-old Ugas, who now has a 27-4 record.

“We only had two weeks of training but I listened to my corner and it all worked out.”

“I told you I am the champion of the WBA and I showed it tonight. A lot of respect for Pacquiao, but I won the fight.”

After the defeat, Pacquiao said that he is considering retirement.

“In the future, you may not see Manny Pacquiao fight in the ring,” he said.

“I’ve done a lot for boxing and boxing has done a lot for me. I look forward to spending time with my family and thinking about my future in boxing.”

Since 2016 Pacquiao has been serving as a senator of the Philippines.