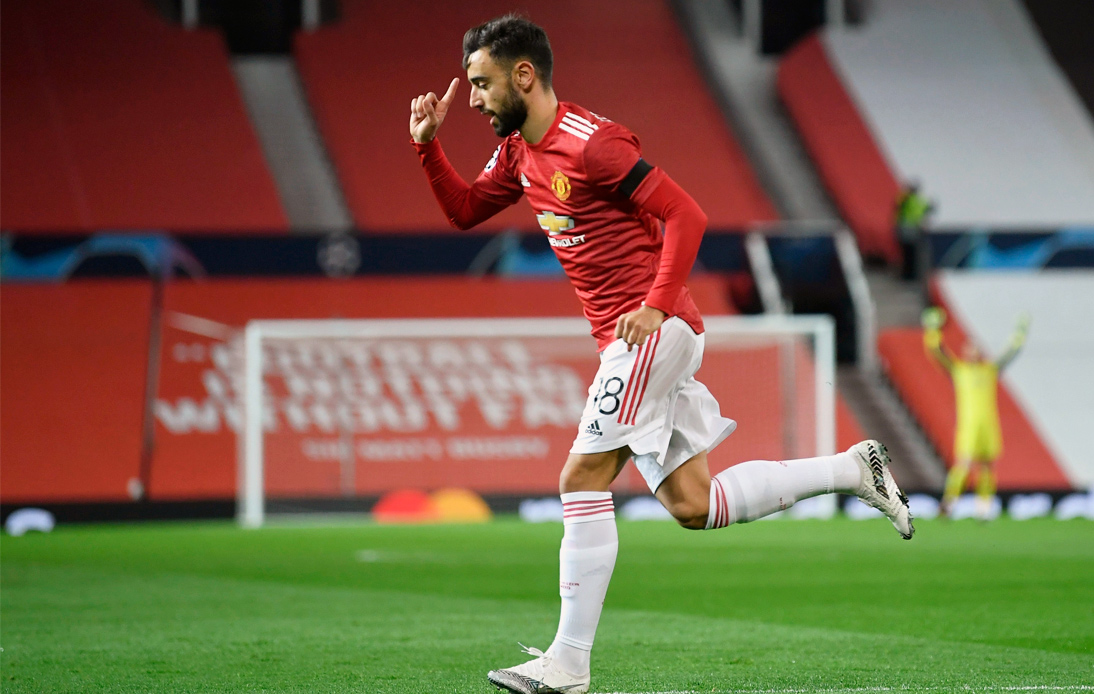 On a dream night, Manchester United defeated Istanbul Basaksehir 4-1 in the fourth fixture of the 2020/21 UEFA Champions League group stage.

The Red Devils were dominant throughout this game played at Old Trafford, showing credentials to aspire to a place in the round of 16.

In the 7th minute, a perfect and powerful volley by Bruno Fernandes after a corner kick meant an astonishing first goal for the local team.

Just twelve minutes later, a Günok’s awful mistake would give the second goal to Manchester United. Alex Telles made a cross that didn’t seem to be dangerous, but the ball slipped from the goalkeeper’s hands and fell at the feet of Bruno Fernandes, who scored his doublet.

The storm didn’t cease for the Turkish team, as Marcus Rashford scored the 3-0 through a penalty kick, at the 35th minute.

Istanbul tried to react in the second half and at the 75th minute, Deniz Türüç found the first goal for his team through a free kick which was saved by De Gea when the ball had already crossed the goal line.

However, in the added time Daniel James scored the fourth goal for his side after a lethal counter-attack.

Now, the Red Devils are at the top of Group H with 9 points, 3 points more than PSG and Leipzig.