Fans at Sporting Events Soon to Be Allowed in England 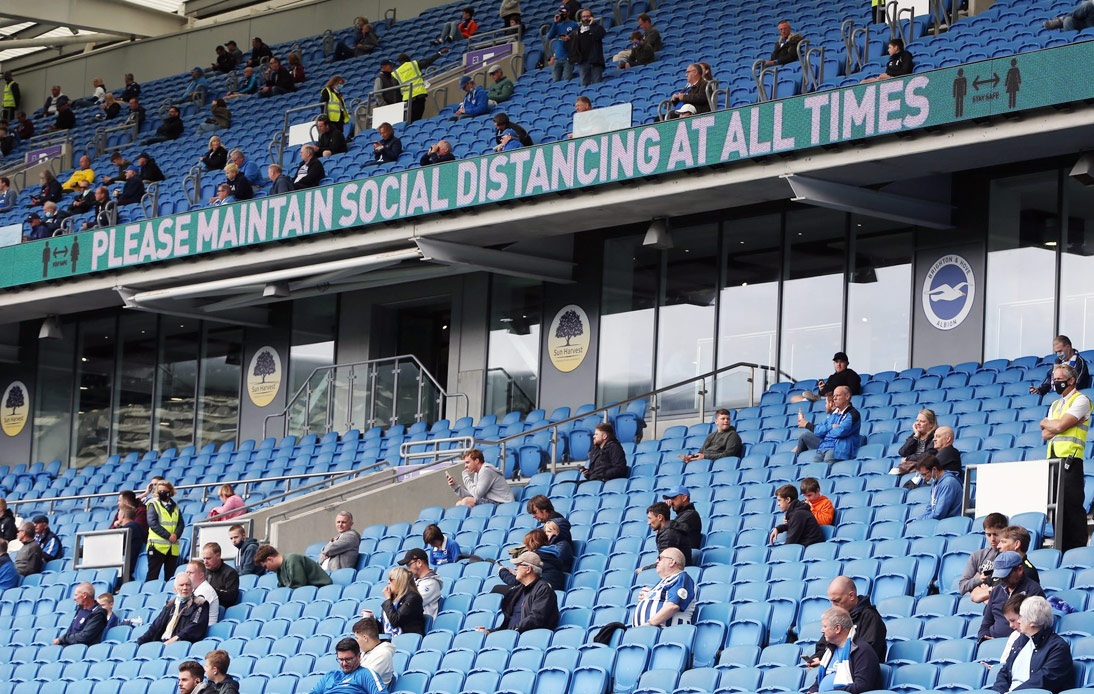 The UK government has announced that football lovers will be able to see their favourite teams in their stadiums again. However, it should be noted that the reopening of sports venues will be gradual and will not take place in all areas of the country at the same time.

The possible authorization that a specific area may receive to host sporting events with the presence of public, will depend on its tier of risk of massive contagion.

The announcement of which areas will be classified in which tiers will be made public on Thursday, according to prime minister Boris Johnson.

Once the four-week lockdown in England ends on 2 December, outdoor events with a maximum of 4,000 fans will be held in the lowest-risk areas (tier one). In tier two areas, up to 2,000 people will be allowed at outdoor venues.

On the other hand, events with up to 1,000 spectators can take place at indoor venues classified in tiers one and two. The tier three areas will not be allowed to host events with the presence of any spectators, neither indoor nor outdoor venues.

The Premier League applauded this new measure and hopes to work with the government to increase the number of fans to “substantial levels”, as it will help the clubs financially.