A Powerless and Unlucky Liverpool Struggled to Tie Fulham 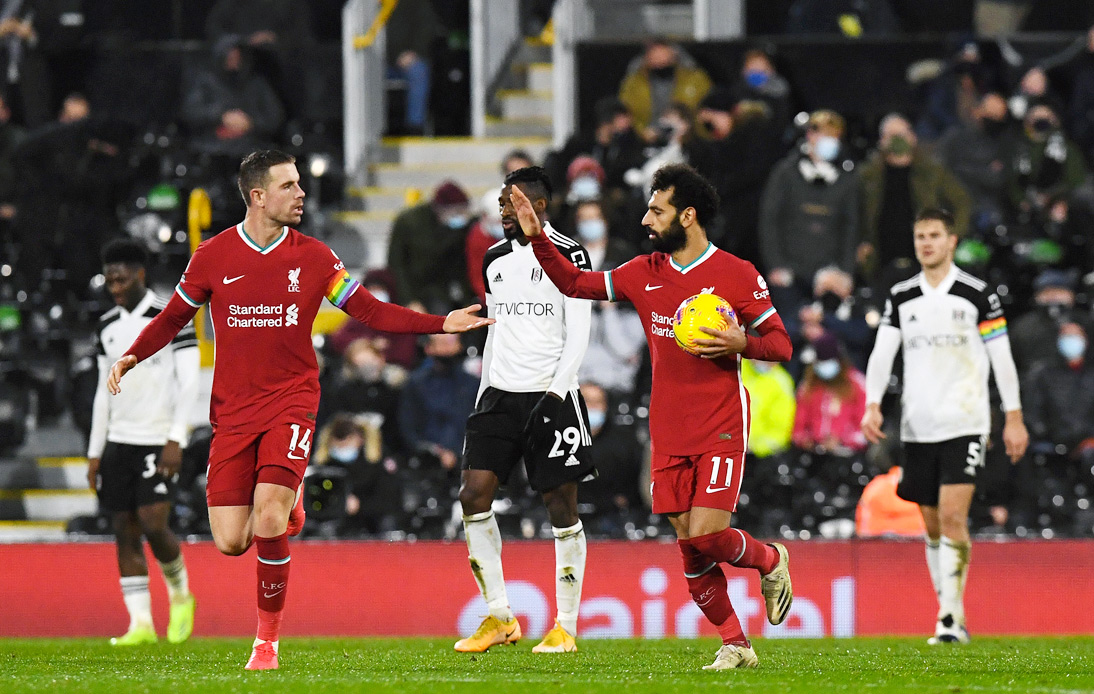 This Sunday, Liverpool missed the chance to take over the top of the Premier League after a 1-1 draw with Fulham at Craven Cottage Stadium.

The first few minutes of the match were difficult for Jurgen Klopp’s men. Fulham had very good scoring opportunities which were saved by goalkeeper Alisson Becker.

In the 26th minute, Fulham finally dealt Liverpool a major blow. Ademola Lookman surprised the opposition defense with a great pass to Bobby Reid. The Jamaican made a powerful shot with his right leg and beat Alisson, scoring 1-0 in favor of his team.

After that goal, Liverpool reacted and went for the draw.  The Reds were creating chances, but they couldn’t beat goalkeeper Areola.

Meanwhile, the home team made a great effort to sustain their victory. However, they made a mistake and paid for it.

Georgino Wijnaldum took a free kick and the ball hit Aboubakar Kamara’s elbow. The played was inside the box and referee Andre Marriner awarded a penalty for the visitors. Mohamed Salah showed no mercy and scored the equalizing goal for Liverpool in the 79th minute.

Due to this result, Liverpool now has 25 points from 12 matches and was unable to reach the top of the standings, which is still held by Tottenham due to their large goal difference.