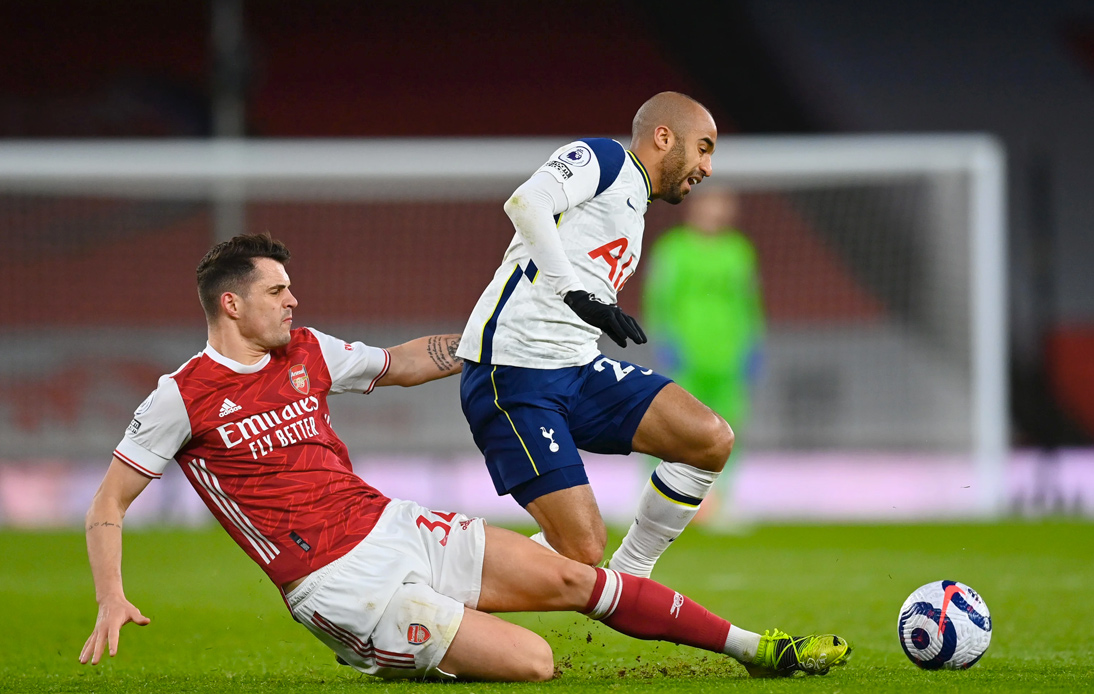 Arsenal defeated Tottenham Hotspur 2-1 at the Emirates Stadium on Sunday. Mikel Arteta’s men overcame adversity to pull off a great comeback in the North London derby.

In the 33rd minute, Lucas Moura played a short pass to Erik Lamela inside the box, the Argentine surprised everyone with a spectacular rabona and beat goalkeeper Bernd Leno to score the first goal of the match.

The home side were not deterred by being behind on the scoreboard. In the 44th minute, Kieran Tierney sent in a low cross into the box, Martin Odegaard struck with his left foot and the ball ended up in the back of the net after deflecting off Toby Alderweireld.

In the 62nd minute, Colombian Davinson Sanchez fouled Alexandre Lacazette inside the box and referee Michael Oliver awarded a penalty in favour of the Gunners. The French striker took the spot-kick and showed no mercy: the score was 2-1 in Arsenal’s favour.

Harry Kane came so close to an equaliser but had to deal with the bitterness of a shot against the post and a disallowed goal.

With this win, Arsenal are tenth with 41 points after 28 games, while Tottenham are seventh with 45 points.