Barcelona and Atletico Sabotage Each Other After Bitter Draw 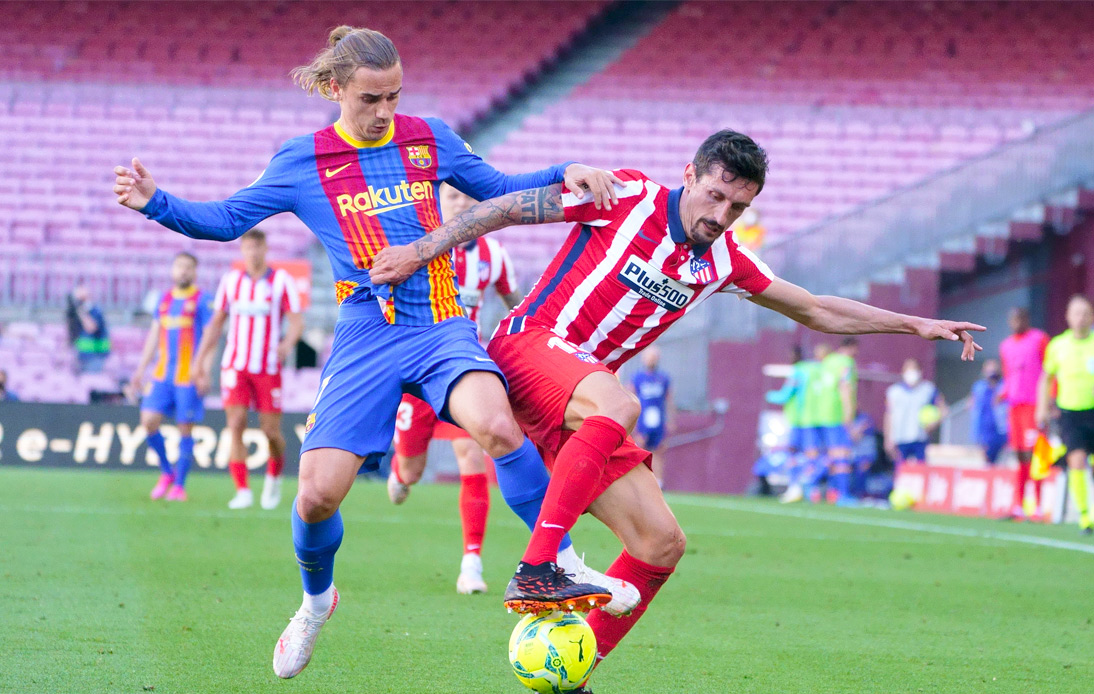 On Sunday, Barcelona and Atletico Madrid played one of the most important matches of the season, one that could have major consequences on the outcome of the Spanish league title race.

Although both teams were in desperate need of a win, they were unable to take their chances and had to settle for a 0-0 draw that has Real Madrid players and fans excited.

To the surprise of many, Diego Simeone’s men had several chances to score.

Two shots from Carrasco, a shot from Lemar and another from Llorente could have meant a goal for Atletico. Even Luis Suarez came close to scoring, but goalkeeper Ter Stegen was simply sublime.

Messi almost put Barcelona ahead with a superb individual effort, but Oblak had other plans.

In the second half, a header by Pique, another header by Dembele and a free kick taken by Messi almost gave Barca the victory, but Los Cules were unlucky.

With this result, Atletico Madrid remain at the top of the table with 77 points, but if Real Madrid (who have 74 points) beat Sevilla on Sunday, Los Colchoneros will lose that position due to their head-to-head record disadvantage against Los Blancos.

Meanwhile, Barcelona are in second place with 75 points and have missed out on another chance to lead the league.