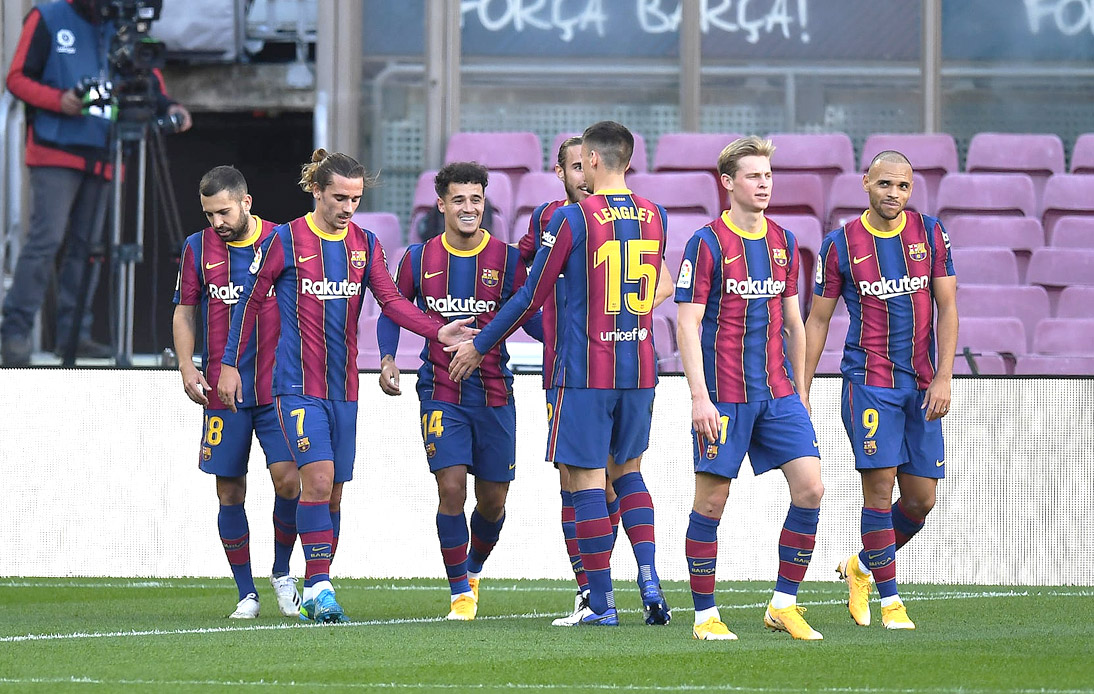 This Monday, Barcelona will face SD Huesca at Camp Nou. Although, at first glance, this match does not seem very interesting, we are talking about a very important clash for the future of the season.

What seemed like a utopia a few months ago is now a very real possibility: Barcelona still has a chance of winning the Spanish league.

Over the weekend, Atletico Madrid dropped points in a 0-0 away draw against weakened Getafe. This means that the ‘Colchoneros’ (who are the current league leaders) have 63 points after 27 matches played.

Barcelona are third with 56 points, but have only played 26 games so far. This means that the ‘Cules’ have a great opportunity to close the gap to Atletico to just four points.

If we take into account that Huesca is the bottom team with only 20 points, we can conclude that Barcelona has not only the need but also the duty to beat them.

Should they take all three points, Barcelona would already be hot on the heels of Simeone’s men, who appear to be under pressure with eleven games left to play.

Besides that, after being knocked out of the UEFA Champions League by Paris Saint-Germain, Ronald Koeman’s men can now focus all their efforts on trying to win La Liga.