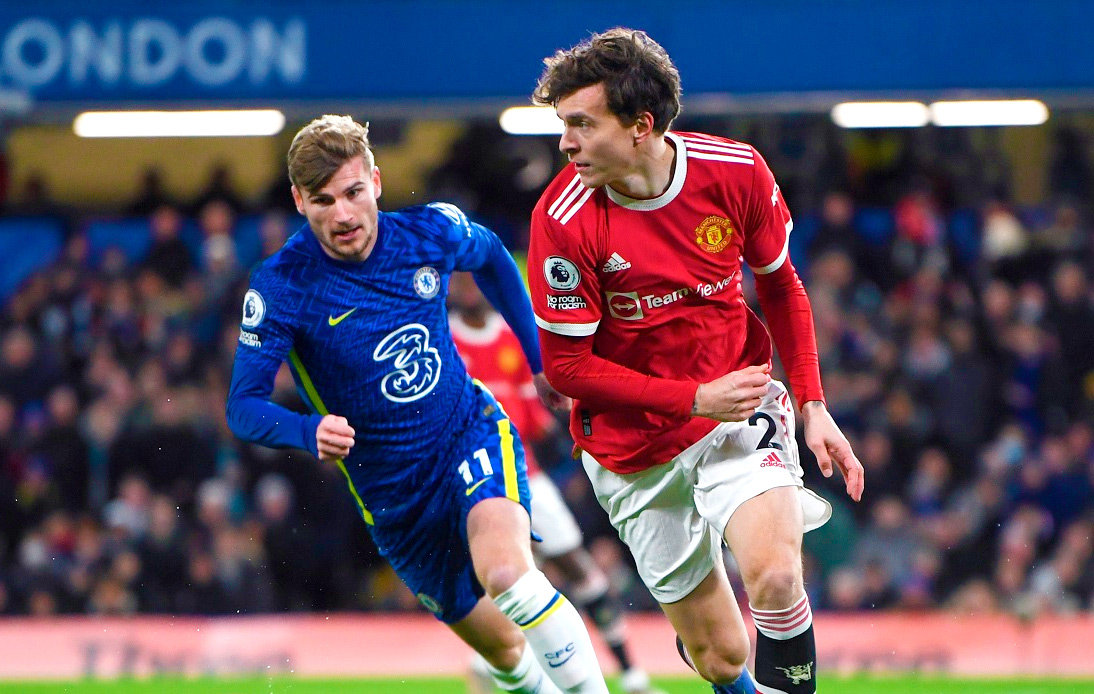 Yesterday’s game was not a title contender match by any stretch, but it had huge implications for two storied rivals of the Premier League.

After being rescued from Solksjaer’s sinking project, Manchester United needed a lifeline, and Chelsea needed to cushion its top spot.

Michael Carrick was at the helm for United, and his first move? bench Ronaldo and start Jadon Sancho.

Chelsea would look dangerous with big chances for Werner and Hudson-Odoi, but every big chance met an even bigger De Gea in the United goal.

It would be Carrick’s men coming up with the stunner, however, on the 50-minute mark.

A long clearance from defence caught Chelsea skipper Jorginho on the back foot. One look and a bad control were all it took for Sancho to be in on him.

The pacey forward collected the ball, ran through on goal, and finished with aplomb.

All of a sudden, Chelsea were in scramble mode against a subpar United team and took it up a notch.

The reward for pressing will come ten minutes past the hour mark, as a set-piece lose ball found Thiago Silva in the United box, and Wan Bissaka came charging.

The result was a penalty, and Jorginho stepped up to redeem himself, and oh, he did, 1-1.

Chelsea was back in it, but not even Lukaku’s cameo could squeeze more than a point from the game.

Tuchel’s men are now only a point ahead of second-placed Liverpool, while third-placed City won comfortably at home to stay a point behind Liverpool.

Ilkay Gundogan and Fernandinho were on target for Pep’s men, edging out West Ham despite a superb Lanzini goal.

Leicester put four past Watford at the King Power stadium, boosted b a Vardy double, meanwhile Tottenham vs Burnley was postponed due to weather conditions.