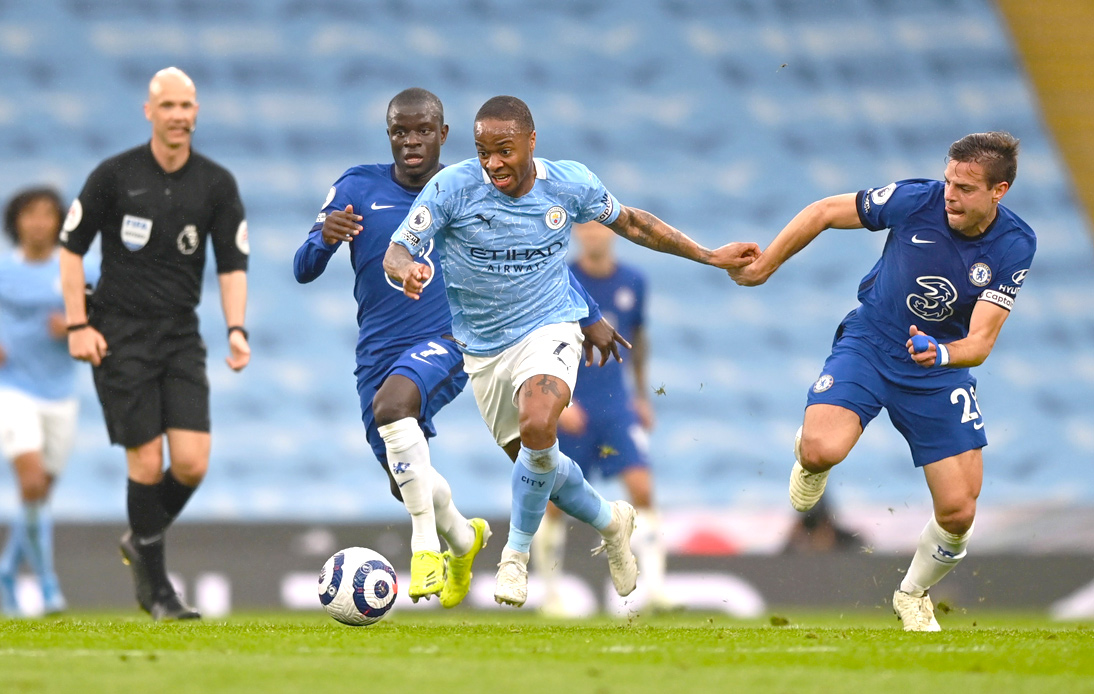 Manchester City missed the chance to secure another Premier League title on Saturday, losing 1-2 at home to Chelsea.

Thomas Tuchel’s men showed resilience and pulled off a comeback that gave them a triumph they will hope to repeat on 29 May, when they face the same opponents in the Champions League final.

Had they taken all three points, Pep Guardiola’s men would have been crowned champions, but despite their current large points lead, this defeat will force them to keep waiting.

Things had started well for the home side: in the 44th minute, Gabriel Jesus sent in a low cross for Sergio Aguero, although the Argentinian made a poor control, right next to him was Raheem Sterling, who scored the first goal of the game.

In the 63rd minute, Hakim Ziyech received a pass from Cesar Azpilicueta and beat Ederson to score the equaliser.

In stoppage time, Timo Wener sent in a low cross and Spain’s Marcos Alonso scored the winner to become the hero of the night.

With this result, Chelsea climbed to third place with 64 points, leaving Leicester behind. City remain leaders with 80 points from 35 games, 13 points ahead of Manchester United (who have only played 33 games).