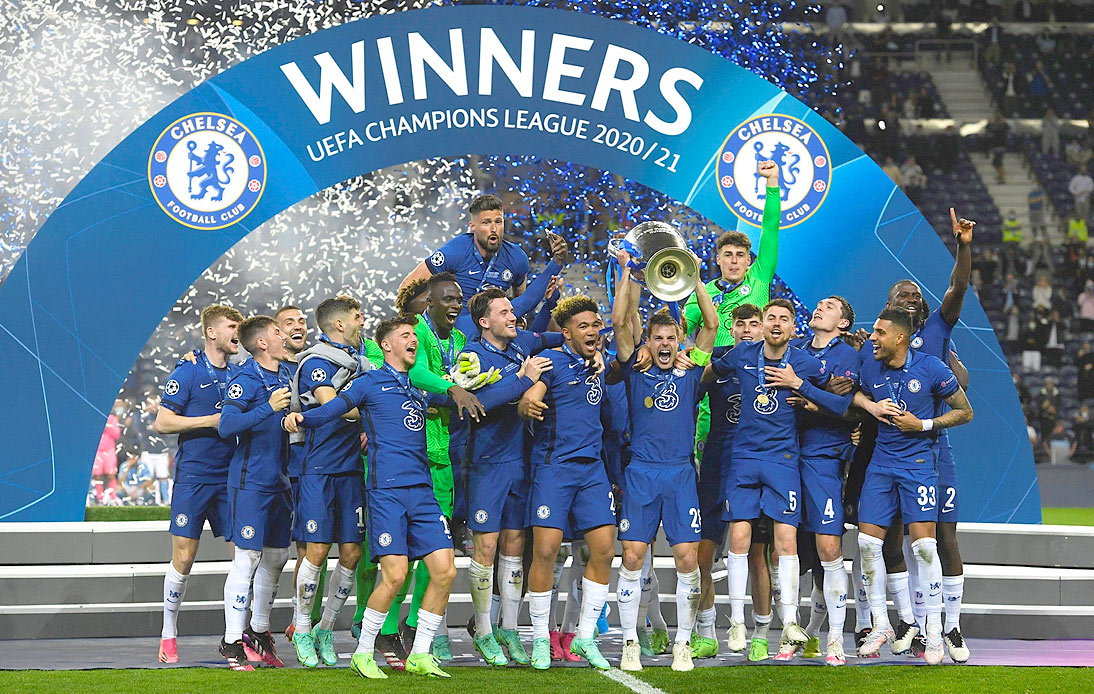 Chelsea defeated Manchester City 1-0 in the UEFA Champions League final on Saturday. Thomas Tuchel’s men imposed their style of play at the Do Dragao stadium against an impotent Pep Guardiola side that had only one shot on goal.

Despite not being favourites, the Blues played better. In the first half, Werner had several scoring chances, including a close-range shot that Ederson saved and another that went wide.

Sterling almost surprised everyone with a back-heeled shot after controlling Ederson’s long pass, but Mendy saved.

In the 43rd minute, Mount sent a through ball to Havertz, leaving him one-on-one with Ederson. He eluded the Brazilian and opened the scoring for Chelsea.

In the second half, De Bruyne was forced to leave the game after suffering a concussion to the head in a collision with Rudiger.

Pulisic almost scored the second goal after a Havertz pass, but the ball went wide.

A volley from Mahrez in the 96th minute almost meant an equaliser, but the ball went over the crossbar.

In this way, the London club lifted the trophy for the second time in their history, after winning it in 2012.

Manchester City will still have to wait to get their hands on it, while Sergio Agüero had a sad farewell in his last game as a Citizen.