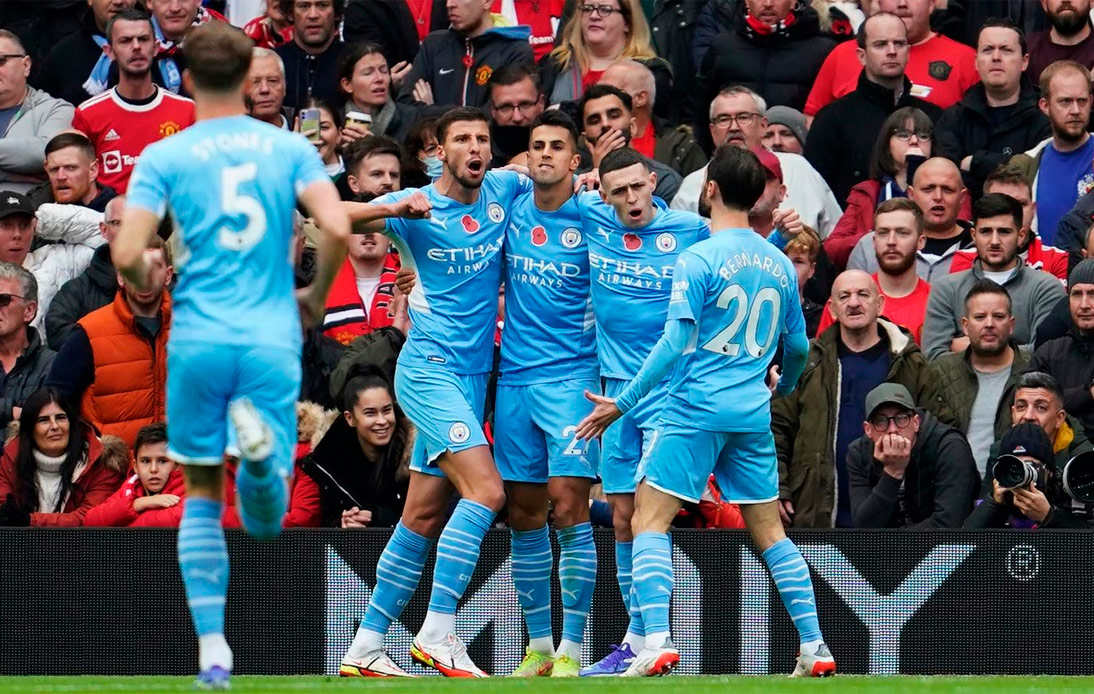 There was only one team at Old Trafford on Saturday afternoon as Manchester City easily made it to a 2-0 victory over Manchester United putting the pressure back on United’s struggling manager Ole Gunnar Solskjaer.

City’s win may not have been embarrassing as Liverpool’s magnificent 5-0 victory in United’s last home league game but the gulf between the two sides was certainly huge.

Solskjaer and United got off to the worst possible start when Eric Bailly turned Joao Cancelo’s cross into his own net after seven minutes and it was only the brilliance of keeper David de Gea who stopped another disaster at Old Trafford.

However, Bernardo Silva took advantage of awful defending from Harry Maguire and Luke Shaw to steal in on another Cancelo cross at the far post.

The Citizens controlled the pace in the second half as well and were closer to scoring than their opponents.

City boss Pep Guardiola was pleased with his team’s performance giving a “massive compliment to the players” because “they are the real artists for the way we played”.

“We have to speak less and do more,” Fernandes said after the game.

“I am saying the same stuff. We have to change because this has happened many, many times already. What we did was not enough.”