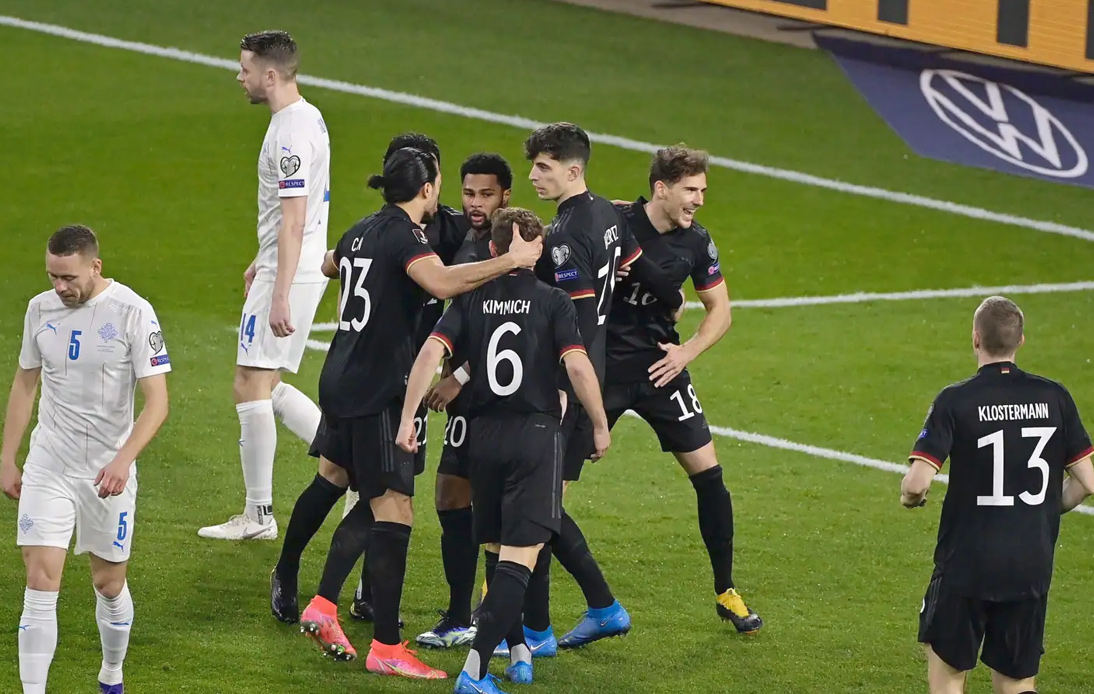 On Thursday, the spotlight was shone on three countries that are undoubtedly strong candidates for qualification: England, Germany and Italy.

The Three Lions showed no mercy and destroyed weak San Marino 5-0 at Wembley. James Ward-Prowse opened the scoring in the 14th minute.

Dominic Calvert-Lewin scored twice (in the 21st and 53rd minutes), while Sterling (31st minute) and Ollie Watkins (83rd minute) did the rest.

For their part, Germany did not struggle against Iceland and easily defeated them 3-0 at the MSV-Arena.

Things went well for ‘Die Mannschaft’ from the start: in the 2nd minute, Leon Goretzka scored the first goal of the match, while in the 7th minute Kai Havertz scored the second. Ilkay Gundogan also put his name on the scoreboard in the 56th minute.

At the Stadio Ennio Tardini, Italy secured a comfortable 2-0 win over Northern Ireland thanks to goals from Domenico Berardi (14th minute) and Ciro Immobile (38th minute).

Other interesting results on the day included Spain’s 1-1 draw at home to Greece and the epic 3-3 draw in Budapest between Hungary and Poland in which Robert Lewandowski scored one goal.