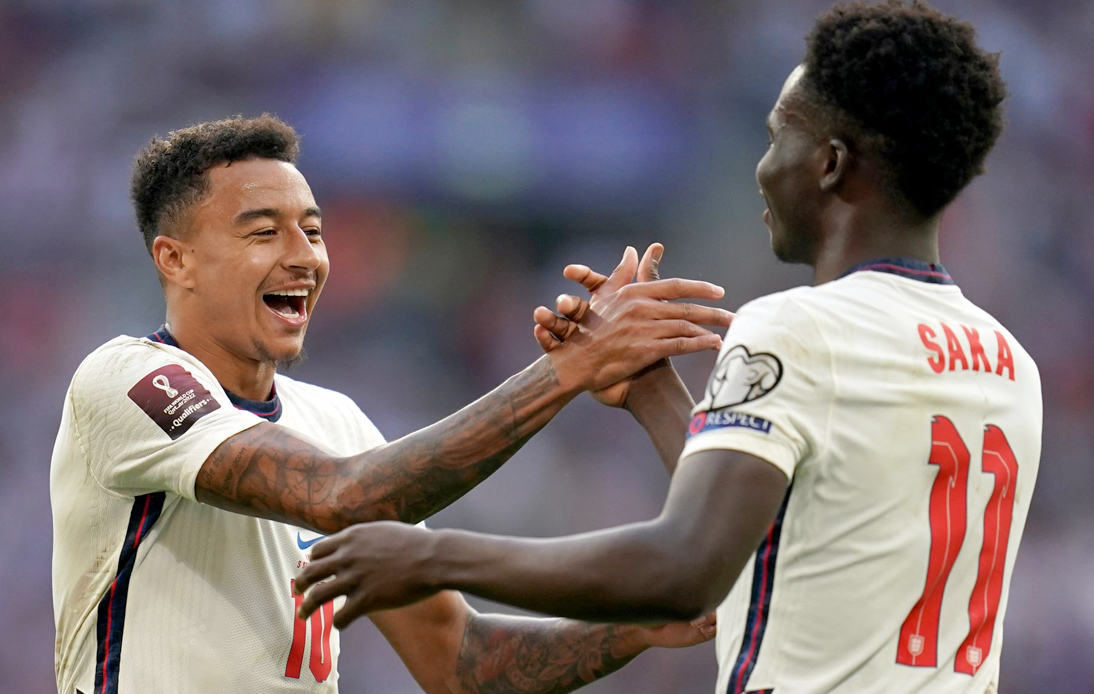 As expected England kept their 100 percent record in the World Cup qualifiers after a 4-0 win over Andorra at Wembley on Sunday.

Fifty-six days after the devastating loss in the EURO finals in the penalty shootout against Italy, Gareth Southgate’s squad returned to the famous stadium and got back on a winning track.

Jesse Lingard scored twice for the “Three Lions” and Harry Kane and Bukayo Saka also put their names on the scoring board.

England dominated the possession during the whole match but it was only 1-0 until 18 minutes from the final whistle.

Southgate made 11 changes in the roster compared to the match against Hungary on Thursday that England also won by 4-0.

Leeds United striker Patrick Bamford made his debut for England but was unable to find the net.

Lingard used the given opportunity to break the tie just before the 20-minute mark which was his first international goal since November 2018.

The second goal came in the 72nd minute when Harry Kane from the penalty spot scored his 40th goal for England.

It was a tough return to Wembley for Saka who missed the decisive penalty in the final against Italy and was a subject of racist abuse after that match.

Arsenal’s striker who turned 20 on the day of the match, was happy to move on from what happened in July.

“It was the perfect birthday present for me,” Saka said.

“I am really happy with the reception everyone gave me. It really shows how proud they are of me and I think that meant a lot for me and it made me want to give my all.”