England Overcome Hungary in a Match Marred by Racism 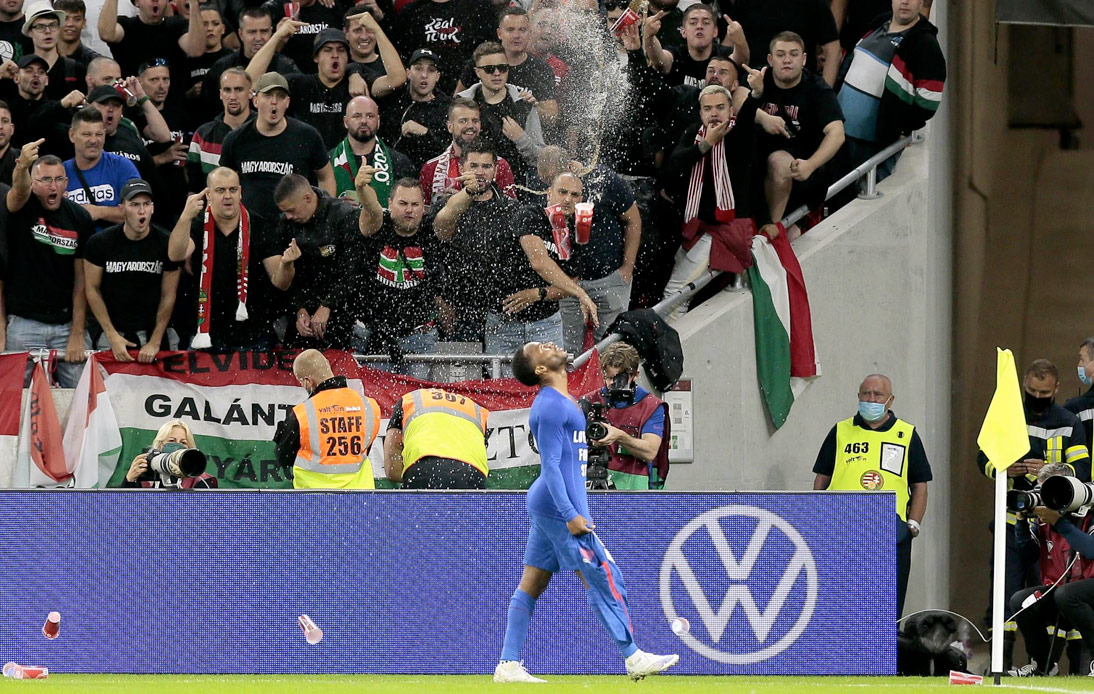 England won their fourth consecutive match in Group I of the World Cup qualifiers against Hungary in a match with a hostile environment in Budapest on Thursday.

Gareth Southgate’s side played a fantastic match but the racist chanting by the home fans is the main news from the Hungary capital.

After the match the FA went out with a statement saying:

“It is extremely disappointing to hear reports of discriminatory actions towards some of our England players. We will be asking FIFA to investigate the matter. We continue to support the players and staff in our collective determination to highlight and tackle discrimination in all its forms.”

On the pitch, England had full control of the game but still had to wait for the second half to score.

Five minutes before the hour mark, Raheem Sterling scored his 16th goal in the last 24 games for England to give his team the lead.

Harry Maguire header turned Luke Shaw’s corner into a 3-0 lead in the 69th minute and Declan Rice scored for the final 4-0 three minutes before the final whistle.

With this win, England is on top of the table with a five point lead in front of Poland who England face after Sunday’s meeting against Andorra at Wembley.

In the last match of group I, Andorra defeated San Marino 2-0.