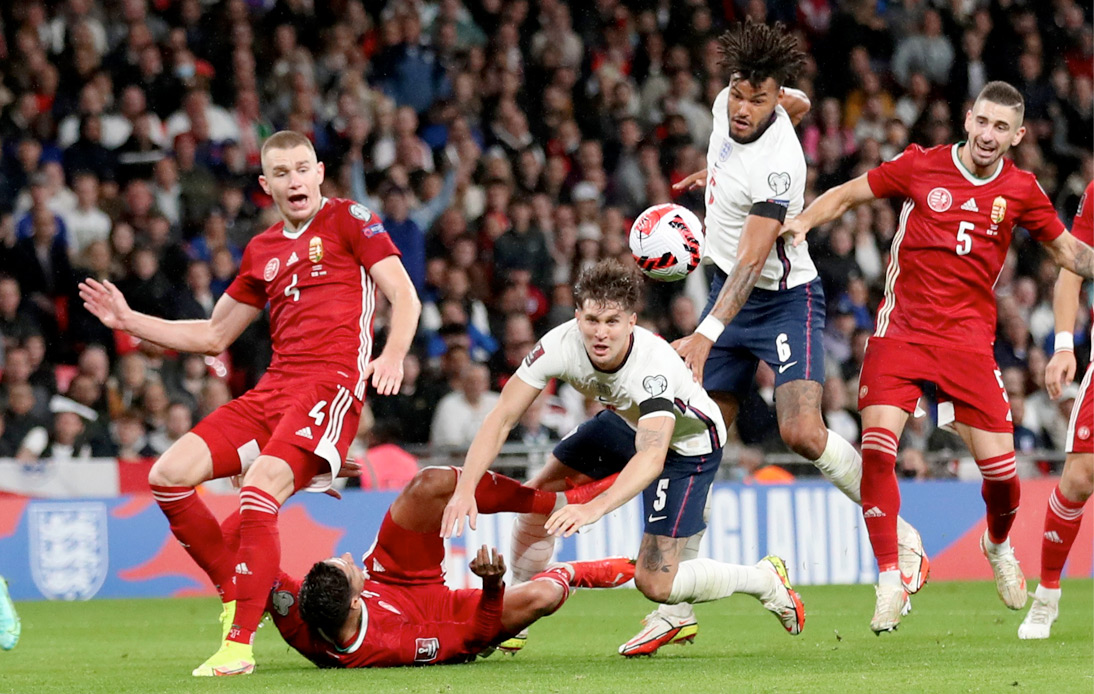 England’s path to the 2022 World Cup hit an unexpected block as Gareth Southgate’s squad was held to draw against Hungary on Wembley on Tuesday.

Another disappointment was the crowd violence between Hungary supporters and stewards and police.

England is still in a good situation to qualify for the World Cup but another three points were expected against Hungary.

The first match against the two teams in Budapest that England won by 4-0 was also marred by fans violence and racial slurs and the same happened on Wembley when the guests’ fans jeered England’s players while holding up a banner protesting against taking the knee before clashing with police and stewards.

After order was restored in the stands, Hungary took the lead in the 24th minute when Luke Shaw was sanctioned for a high challenge on Loic Nego and Roland Sallai sent Jordan Pickford the wrong way from the penalty spot.

Eight minutes before the break, John Stones scored an equalizer and it seemed like England is regaining control of the match.

The hosts indeed had the position but failed to score as team captain Harry Kane struggled which got him substituted by Tammy Abraham with 14 minutes left.

“I don’t think we played at the level we have done and Hungary defended very well. We didn’t do enough to win the game,” Southgate said after the match.

“I don’t know if subconsciously we thought this was going to be an easier game because we beat them comfortably in September but they’ve been very good defensively right through the summer.”

“In the first few minutes, we were taking heavy touches and colliding into tackles. We didn’t show the composure and quality that we have done generally.”

England remains on top of the standings in Group I with 20 points, three more than Hungary.