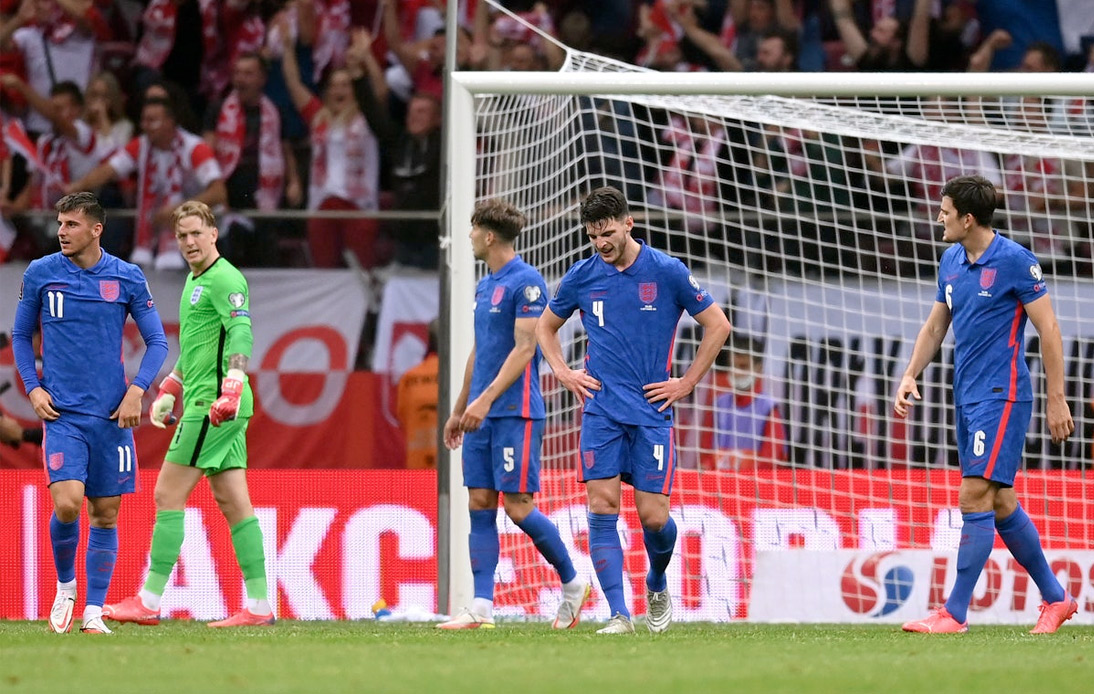 England failed to reach their sixth straight win in the qualifying campaign for the 2022 World Cup in Qatar as Poland scored an injury-time equalizer for final 1-1 in Warsaw on Wednesday.

England looked like they are on the wait to remain the perfect record in Group I of the European qualification when Harry Kane gave his team the lead in the 72nd minute.

Gareth Southgate’s squad had control over the match in front of more than 56.000 fans in Poland capital but the home team managed to score in the second minute of the stoppage time.

England’s defense did a great job on Poland’s best player Robert Lewandowski but the Bayern Munich star made a great pass for the substitute Damian Szymanski to rise above Luke Shaw and send a header past Jordan Pickford.

The draw doesn’t make much of an impact on England’s chances to qualify for the World Cup since they are at the top of the group with 16 points, four more than Albania and five more than Poland with four games remaining.

“We conceded late, and of course that was a disappointment,” said Southgate. “But across the ten days the players have been together, they’ve been fantastic,” said Southgate after the match.

“We couldn’t be sure what sort of a reaction we would have after the summer, but we’ve had a really positive one and I think in the two away games, we’ve given, in the main, two very mature performances.”

England manager was criticized for not making any substitutions during the match especially with the fact that Poland’s Paulo Sousa made five second-half changes.

“We were in total control of the game, and to bring players into that moment can be difficult,” said Southgate. “Everybody was performing to a good level, and we were in control of possession. You can put players into the game who have had to sit in the stand, and it’s not so easy to come in in those latter stages.”