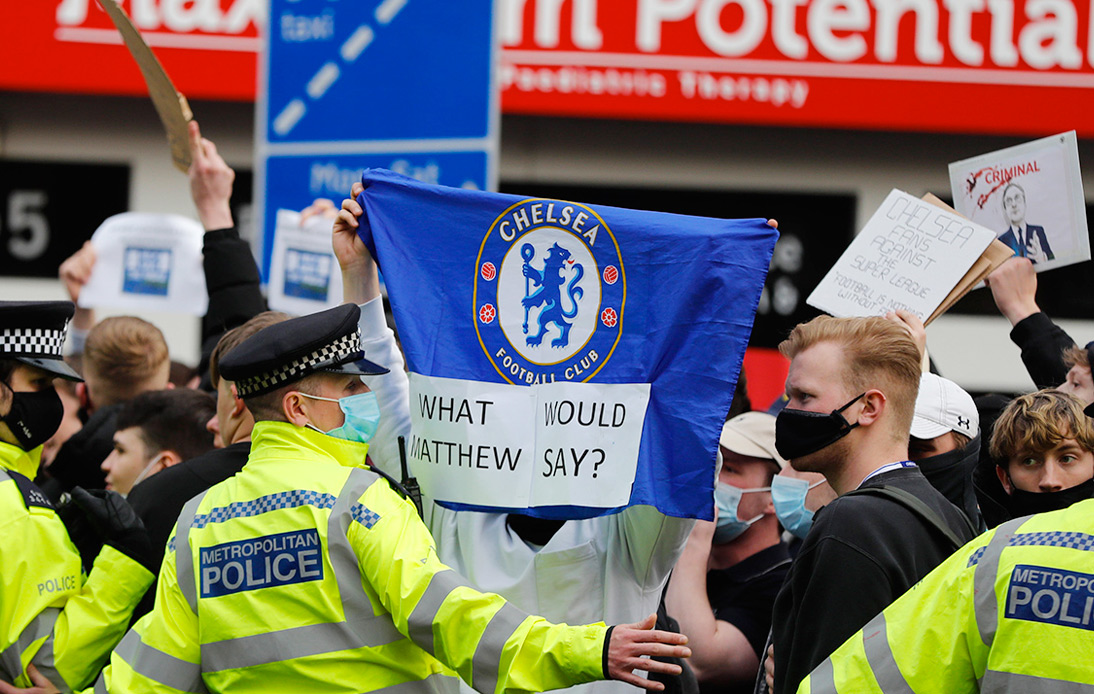 With only two days of existence, the controversial European Super League is in tatters as Manchester City have made public their intention to abandon the project.

“Manchester City Football Club can confirm that it has formally enacted the procedures to withdraw from the group developing plans for a European Super League”, said the English club in a brief statement published on its website.

But they are not alone, according to the British press Chelsea have taken the same decision after the energetic protests of their fans outside Stamford Bridge before the game against Brighton.

The Blues are in the process of preparing their withdrawal documents.

Arsenal are also reportedly set to join this list of “defector clubs”, according to various newspapers, with Tottenham, Liverpool and Manchester United all said to have also withdrawn their plans to join the breakaway league.

These reports come after two days of intense controversy caused by the announcement of the creation of the European Super League, which has been rejected by UEFA, FIFA, national leagues, players, fans and even influential figures such as UK Prime Minister Boris Johnson and Prince William.

It is also reported that Atletico Madrid have pulled out of the 12-club rebel league. Barcelona already said they will put the proposal to their fans before deciding.

“Barcelona will not join the Super League until our socios (fan members) vote for it. It’s their club, so it’s their decisión,” confirmed President Joan Lapota.

Considering the dismal reputation of the tournament among the fans, the chances of the Cules withdrawing would be high.

But the earthquake for the ESL doesn’t end there, Manchester United (another founding club) confirmed executive vice-chairman Ed Woodward is quitting “at the end of 2021”, although the Red Devils have no plans to abandon the project for the time being.

The withdrawal of Manchester City and the potential exit of four other clubs could be a fatal blow to the League’s £4.6billion scheme.

UEFA President Aleksander Ceferin congratulated the Citizens for their decision and welcomed them “back to the European football family”.

“They have shown great intelligence in listening to the many voices – most notably their fans – that have spelled out the vital benefits that the current system has for the whole of European football – from the world-beating Champions League final right down to a young player’s first coaching session at a grassroots club,” Ceferin added.

On Tuesday, the Premier League announced that the remaining 14 top-flight clubs met today to discuss how to dissuade the founding British clubs from continuing to be part of this project.

“We are considering all actions available to prevent it from progressing, as well as holding those Shareholders involved to account under its rules,” the Premier League said in a statement.