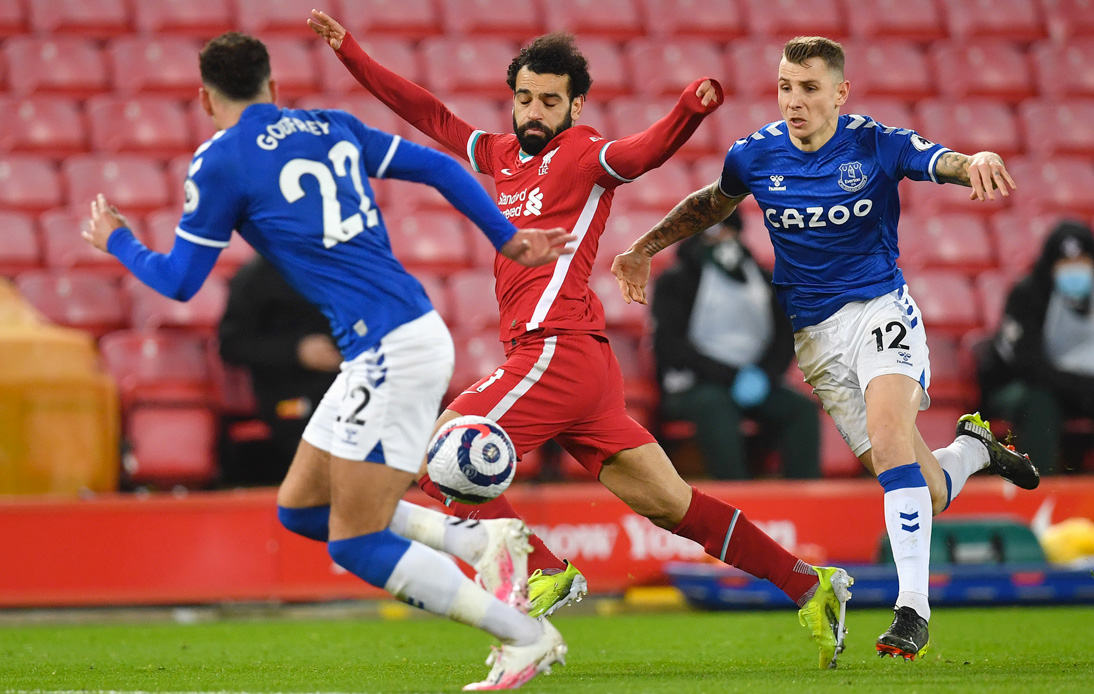 On Saturday, Everton pulled off a shock 2-0 win over Livepool at Anfield Road, a historic victory given that the Toffees had not won the Merseyside derby at their arch-rivals’ stadium since 27 September 1999, thanks to Kevin Campbell’s goal.

Things got off to the best possible start for Everton.  In the third minute, after a series of rebounds, James Rodriguez controlled the ball and delivered a precise and exquisite pass to Richarlison, who beat Alisson Becker to make it 0-1.

Throughout the match, Liverpool had possession of the ball most of the time, but they were unable to break through Everton’s defensive wall.

In the 82nd minute, Calvert-Lewin was fouled inside the box by Alexander-Arnold. Sigurdsson took the penalty kick and converted it into the second goal.

With this win, Everton are seventh with 40 points after 25 games and are three points off the UEFA Champions League qualification zone. Liverpool are sixth, with the same number of points, but with a better goal difference.

In other results, Southampton earned a valuable 1-1 draw against Chelsea with a goal from Liverpool reject Takumi Minamino.