Germany Is the First Team To Qualify for Qatar World Cup 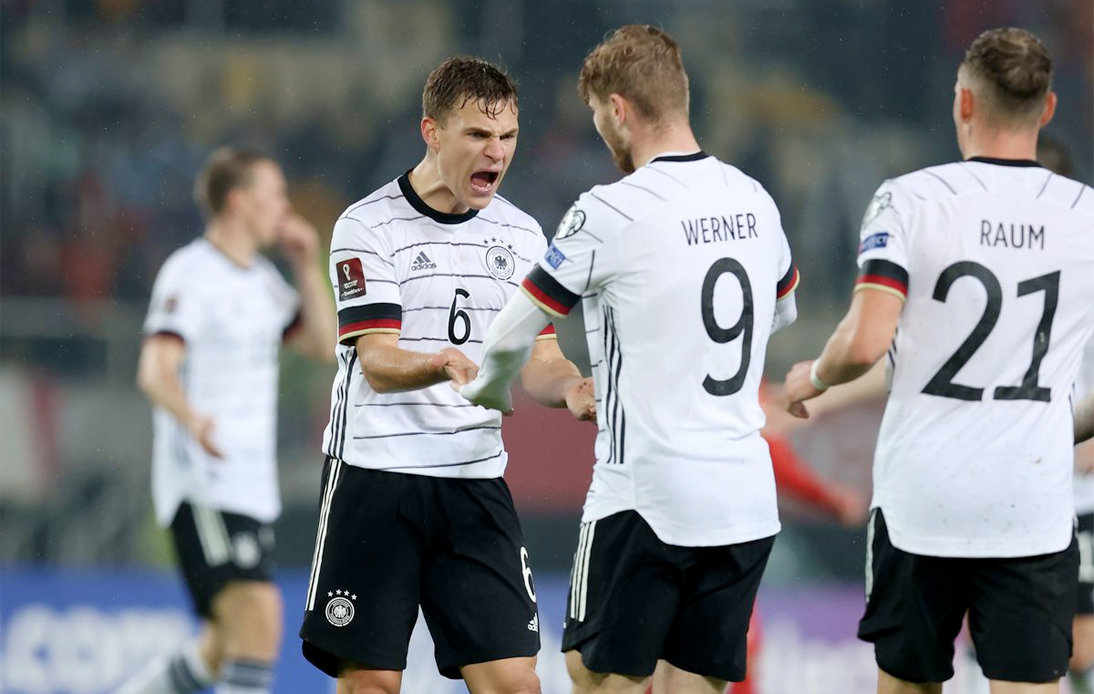 Germany is the first team to qualify for the 2022 World Cup after a 4-0 victory against North Macedonia in Skopje.

After a slow first half that ended scoreless, Hansi Flick took over after the break.

Kai Havertz scored the first goal five minutes into the second half after the unselfish pass by Thomas Muller.

The last goal was scored by 18-year-old Jamal Musiala who played 19 times for various England youth teams but declared to play for Germany through his mother, as he netted a first senior goal on his ninth cap.

With this victory, the four-time World Cup champions reached the tournament for the 20th occasion with only Brazil having one more appearance.

“I am happy, we managed to qualify for the World Cup,” said Flick after the game.

“We are the first country that has booked the ticket for the World Cup. We had some problems with the realization of the scoring opportunities, but in the second half everything fell into place and we managed to win this match.”

“When we scored the first goal, then everything was easier, as we expected it to be. I trusted Timo Werner and he scored two goals proving he deserved to wear the jersey of our national team.”

“It is a long road to Qatar and we will work hard to be ready for the World Cup.”

Germany has two more games in the qualifiers against Liechtenstein and Armenia next month which will probably feature a lot of young players.