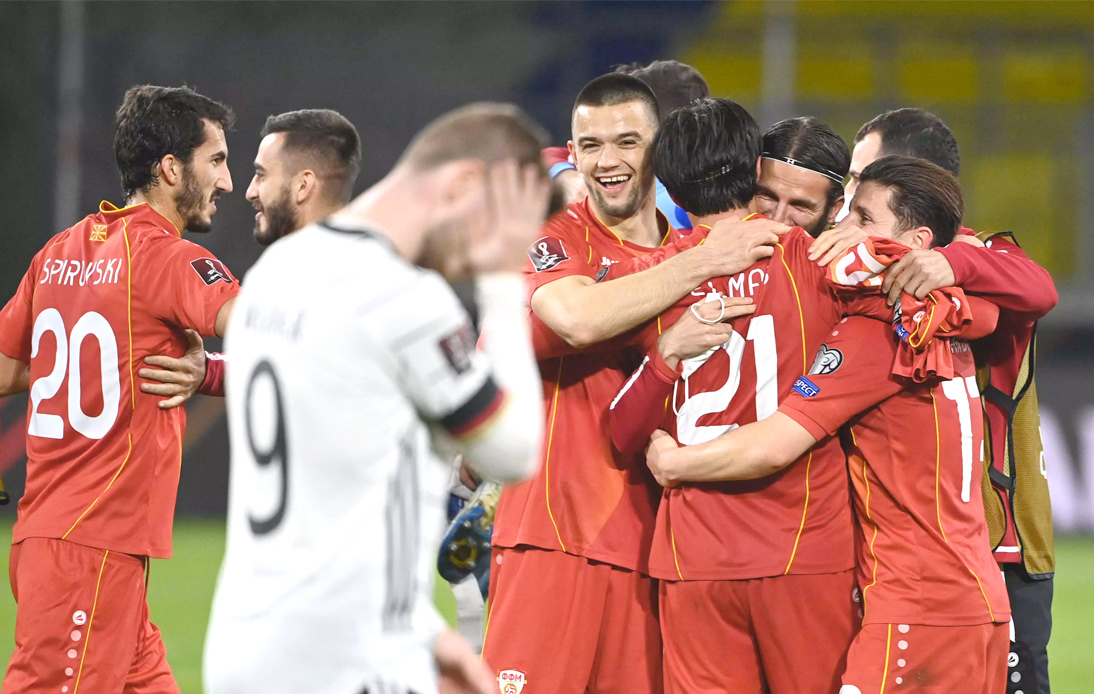 A new round of European qualifiers for the 2022 World Cup took place on Wednesday. It was an interesting day, with both eye-catching and shocking results, making it clear that the competition will be far from easy for any team.

Undoubtedly the most surprising game was Germany’s match against North Macedonia at the MSV-Arena. Joachim Low’s men lost 1-2 at home and now find themselves outside the World Cup qualification zone.

In first half stoppage time, Macedonian legend Goran Pandev scored the first goal for the visitors.

In the 63rd minute, Ilkay Gundogan scored the equaliser, while in the 85th minute, Elif Elmas scored a shocking and historic goal.

This is Germany’s third defeat in European qualifiers (which have been played for almost 90 years).

In other results, England secured a narrow 2-1 win over Poland thanks to goals from Harry Kane (19th minute) and Harry Maguire (85th minute). Jakub Moder scored Poland’s only goal in the 58th minute.

Italy beat Lithuania 2-0 away. Stefano Sensi and Ciro Immobile scored the goals (in the 47th and 90+4th minute respectively).

For their part, Spain beat Kosovo 3-1 at home. Spain’s goals were scored by Dani Olmo (34th minute), Ferran Torres (36th minute) and Gerard Moreno (75th minute), while Besar Halimi scored the only goal for the visitors.