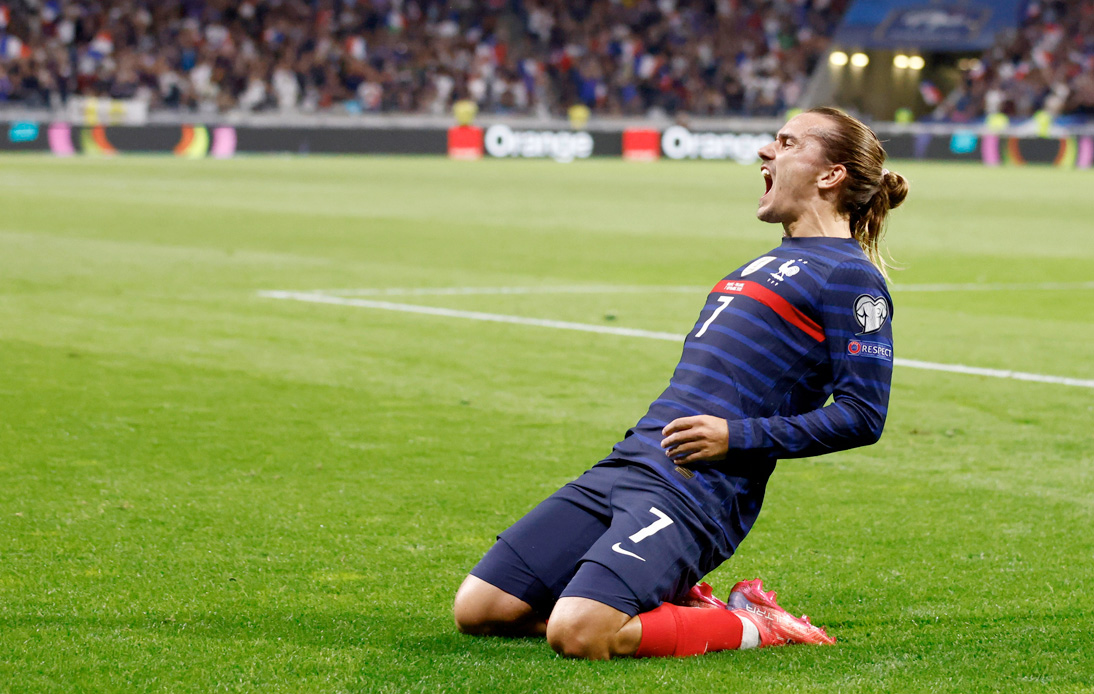 France ended up the five game winless streak with the 2-0 win over Finland in the World Cup qualifiers on Tuesday.

Antoine Griezmann scored twice for the reigning world champions that are on top of Group D with 12 points, seven more than Finland and Ukraine.

France had to come back from behind to draw in the last two qualifying games against Bosnia-Herzegovina and Ukraine.

An easy win over Azerbaijan moved Portugal to the top of Group A to put them in a good situation to book their ticket for the World Cup.

Portugal was without Cristiano Ronaldo, who was suspended after receiving a second yellow card for taking his shirt off as he celebrated his second goal in the 2-1 win over the Republic of Ireland.

In the same group, a late own goal by Fiorentina’s Nikola Milenkovic gave the Republic of Ireland their best result under Stephen Kenny as they drew with Serbia in Dublin.

Lazio’s Sergej Milinkovic-Savic’s header from a Dusan Tadic corner put the Serbs ahead in the middle of the first half.

Ireland’s run of competitive games without a victory under Kenny extended to 12 but this felt like a success with the late comeback.

Serbia now trails Portugal by two points at the top of Group A in the battle for a World Cup spot.

Scotland impressively revived their World Cup 2022 qualification hopes after a 1-0 win in Austria.

The Scots are now second in Group F with 11 points, one more than Israel and four more than Austria. Denmark is on top with 18 points.