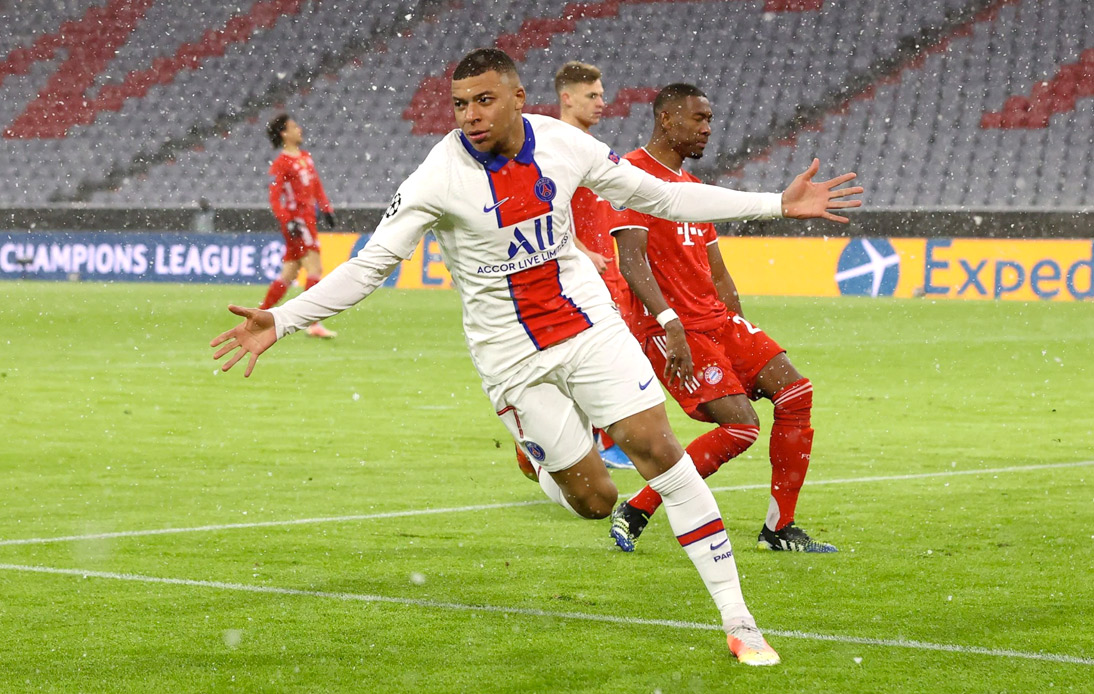 On Wednesday, Paris Saint-Germain secured an epic and valuable 2-3 away win over Bayern Munich in the first leg of their Champions League quarter-final tie. The match was spectacular, full of scoring chances and featuring the likes of Keylor Navas, Joshua Kimmich and Kylian Mbappe.

In the 2nd minute, Bayern Munich could have taken the lead with a header from Choupo-Moting, but the ball hit the crossbar. A minute later, Neymar delivered a great pass to Mbappe and the Frenchman’s powerful shot beat Manuel Neuer.

In the 28th minute, Neymar played an exquisite long lob pass to Marquinhos, who controlled the ball elegantly and scored PSG’s second goal.

In the 37th minute, Benjamin Pavard sent a great cross into the box and Choupo-Moting headed home the first goal for the German team.

In the 60th minute, Kimmich took a free kick, sent a precise cross into the box and Thomas Muller scored the equaliser with a header.

However, when the Bavarians were at their best, Angel Di Maria started a lethal counter-attack, played the ball to Mbappe and the striker scored the third goal. The second leg will take place next Tuesday in Paris.

In the other game of the day, Chelsea beat FC Porto 2-0 away thanks to goals from Mason Mount and Ben Chilwell.