Italy Hunts Down the Three Lions To Become European Champions 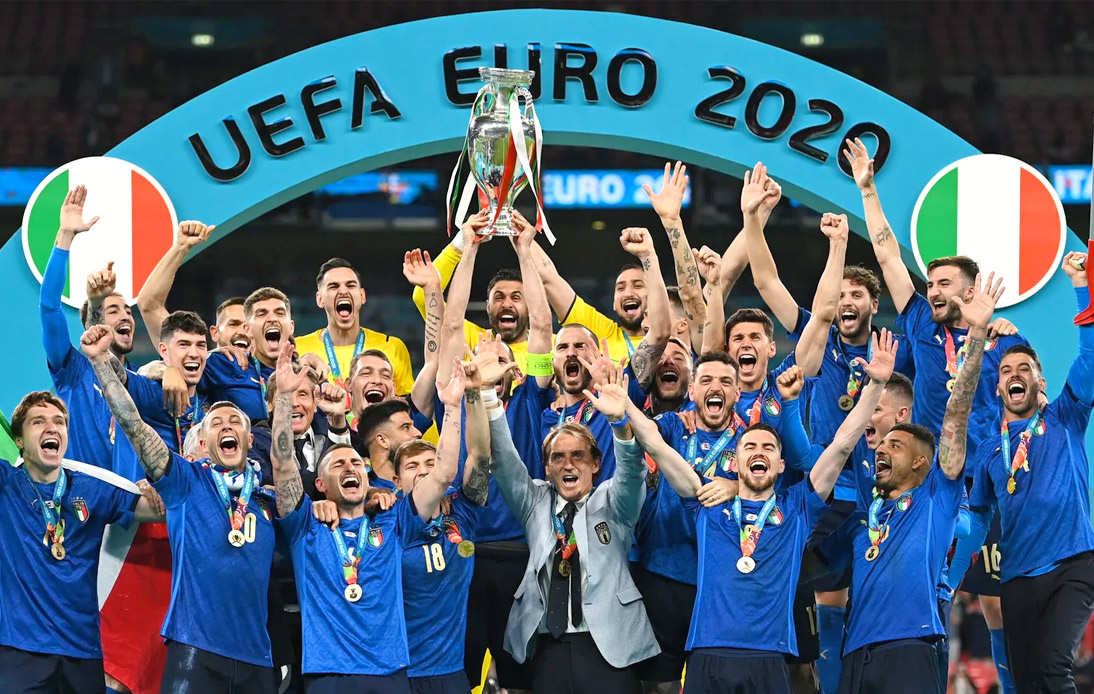 On Sunday, Italy made history and defeated England at Wembley Stadium to be crowned Euro 2020 champions. The match ended in a 1-1 draw after extra time, but Roberto Mancini’s men were more accurate in the penalty shoot-out (3-2).

In the 2nd minute, Trippier sent a long pass to Luke Shaw who volleyed the ball home to put England ahead.

Italy tried to respond: Chiesa shot from outside the box, but the ball went wide. Lorenzo Insigne took two free kicks that had similar fates.

In the second half, Donnarumma saved an important ball after a powerful header from Stones.

In the 67th minute, Verratti headed the ball in from a corner kick and it hit the right-hand post, but Leonardo Bonucci pounced on the rebound to make it 1-1.

The duel had to be settled in a thrilling penalty shoot-out. In that instance, Donnarumma saved Saka’s spot-kick, sparking cheers from the Italians and breaking the hearts of the English fans.

In this way, Italy won their second European Championship, a trophy they had not lifted since 1968. England, on the other hand, could not break their 55-year curse without winning a title and will have to keep waiting.