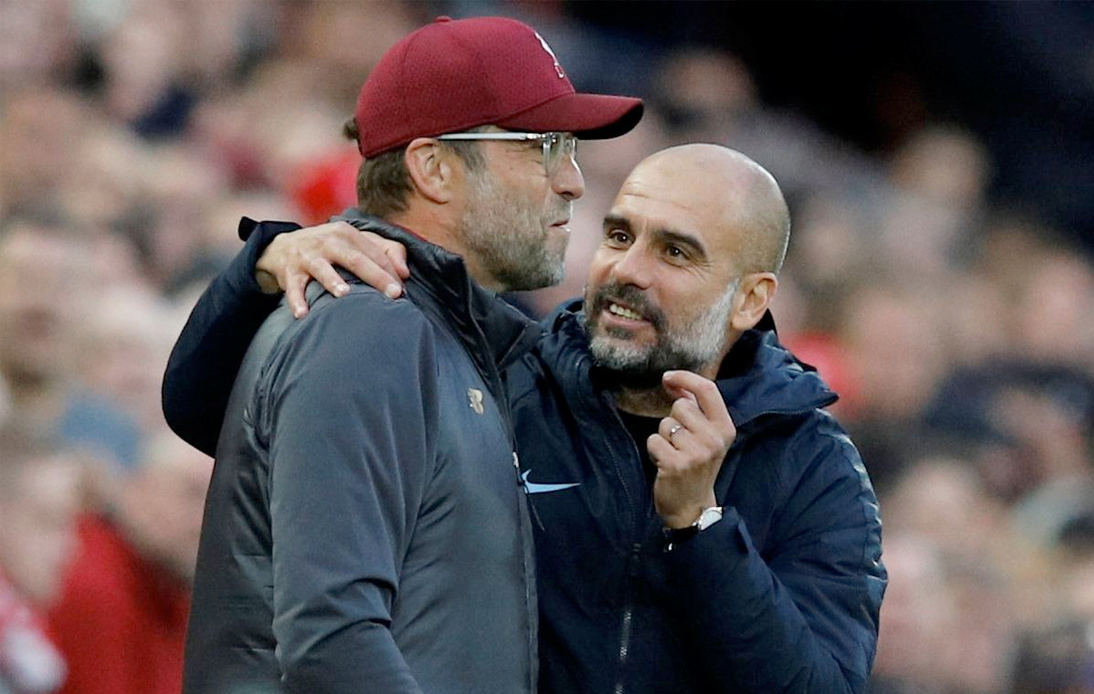 The last few seasons in the EPL have had Liverpool and Manchester City written all over them.

The two teams have even traded champion and runner-up positions the last two seasons, with Liverpool looking to turn the swap in their favour this time around.

So, it is again the two sides atop the table and clashing this weekend, serving up another ever-engaging installment of Klopp v. Guardiola.

The two coaches are amongst the best in the world and have been rivals going back to the Bundesliga, a clash of style and football ideology.

Klopp Is Preparing for War

Klopp knows Pep will be doubly motivated to return to winning ways with a win at Anfield that will see City topple Liverpool at the top of the table.

His team took care of Porto in the Champions League and are still to lose a game in the EPL this season.

However, the German tactician had a clear word for his players during his pregame conference, stating his lads have to play a ‘proper football game to have a chance’.

The Catalan coach took a hide from Tuchel and Chelsea’s ambitious side with a 1-0 last weekend but then was upset by PSG in the Champions League.

Indeed, the scoreline of City’s Champions League clash is misleading because they looked the better side all night.

Guardiola now knows you can still be the better side and lose.

He had flowers for Klopp in his pregame presser, saying of the German, ‘he put me at another level, to think about it and prove to myself what I had to do to be a better manager’.

The Spaniard will need to draw from that new level again to take maximum points from Anfield.

Will City leave Anfield skies and spirits blue? Or will it be red and flying high? Sunday will tell.