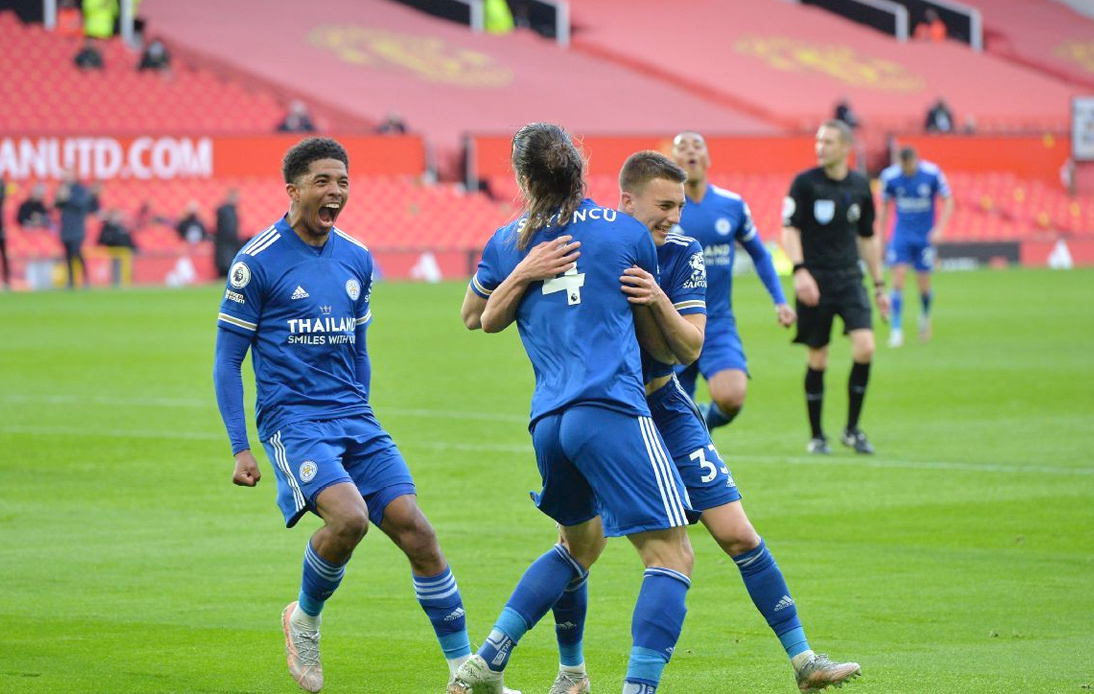 Leicester surprised everyone with a 2-1 win over Manchester United at Old Trafford on Tuesday. Brendan Rodgers’ men pulled off a remarkable comeback to end the Premier League title race.

In the 19th minute, Youri Tielemans sent in a venomous cross into the box and Luke Thomas volleyed the ball home to put the Foxes ahead.

The ecstasy of that great goal was short-lived, as four minutes later Mason Greenwood received a pass from Amad Diallo, dribbled past Soyuncu and with a precise shot beat Kasper Schmeichel to score the equaliser.

In the 66th minute, Soyuncu got revenge. Marc Albrighton took a corner kick and sent a cross into the box that the Turk headed into the back of the net for a winning goal that was also celebrated by Pep Guardiola.

Because of this result, Manchester City are mathematically Premier League champions. The Citizens have 80 points, while the Red Devils only have 70, with three games left to play.

For their part, Leicester have 66 points and provisionally regain third place. Chelsea, for the moment, are fourth with 64.

West Ham and Liverpool (who are fifth and sixth with 58 and 57 points respectively) see the Foxes’ unexpected win as a blow against them in the midst of the battle for Champions League qualification.