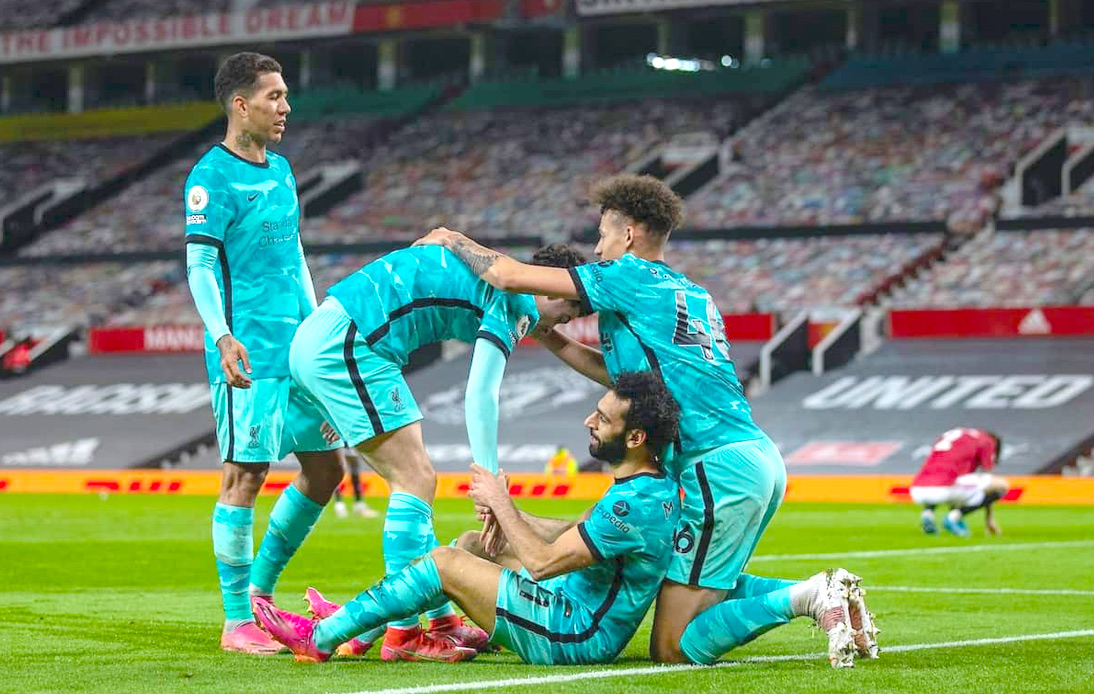 The long-delayed north-west derby took place on Thursday and Liverpool earned a valuable 2-4 win over Manchester United at Old Trafford. Jurgen Klopp’s men picked up three points that could make a big difference to their Champions League qualification hopes.

In the 10th minute, Bruno Fernandes received a pass from Wan-Bissaka and attempted an eccentric shot that deflected off Phillips before ending up in the back of the net.

In the 34th minute, Phillips fired a flawed shot that seemed inconsequential, but Diogo Jota redirected the ball and surprised everyone with an extraordinary back-heeled goal.

In added time, Trent Alexander-Arnold sent a precise cross into the box and Roberto Firmino with a great header made it 1-2.

In the 47th minute, Firmino took advantage of a rebound by Henderson after Alexander-Arnold’s shot to make it 1-3.

In the 68th minute, Cavani set up Rashford and he scored to make it 2-3, but in the 90th minute Salah finished a brilliant counter-attack to make it 2-4.

With this result, Liverpool are in fifth place with 60 points from 35 games. Chelsea are in fourth place with 64 points from 36 games, meaning that if the Reds win their next game they would be just one point off the Champions League qualification places with two games to play.