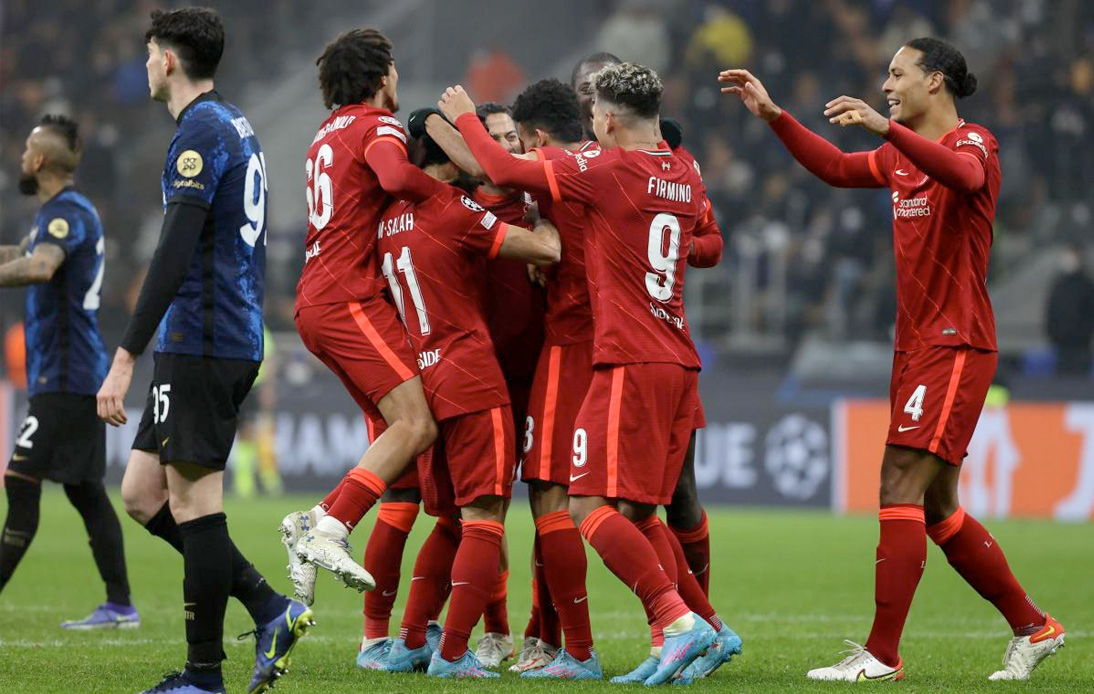 After scoring two late goals against Inter Milan in the San Siro on Wednesday evening, Liverpool have moved closer to the Champions League quarter-finals.

A goalless first-leg draw looked on the cards for the Reds until Roberto Firmino nodded in Andrew Robertson’s corner to put his team ahead in Italy.

With a deflected strike from inside the box, Mohamed Salah scored a second, giving Jurgen Klopp’s team a commanding lead heading into the second leg of the last-16 clash on March 8th at Anfield.

Simone Inzaghi’s Inter hit the crossbar via Hakan Alhanoglu and dominated the second half for lengthy spells before Firmino popped up for his 75th minute headed goal.

When the two teams meet in the deciding match next month, Liverpool will be heavy favourites to progress. Their goals in Milan were from their only two shots on target all evening.

At the age of 18 years and 318 days, midfielder Harvey Elliott made history by being the youngest ever player to start a game in the tournament for his team Liverpool.

Elliott, who will turn 19 in April, reveled in the moment in his first start after suffering a nasty ankle injury in a match with Leeds United that required surgery back in September.

Even though the San Siro was less than half full due to Covid-19 measures, there was an electric atmosphere inside for the first match between these two clubs in 14 years.

An injury to Portugal striker Diogo Jota, who was replaced by goalscorer Firmino at the opening of the second half after being on the receiving end of a challenge, was the only downside on an otherwise positive night for the Reds.