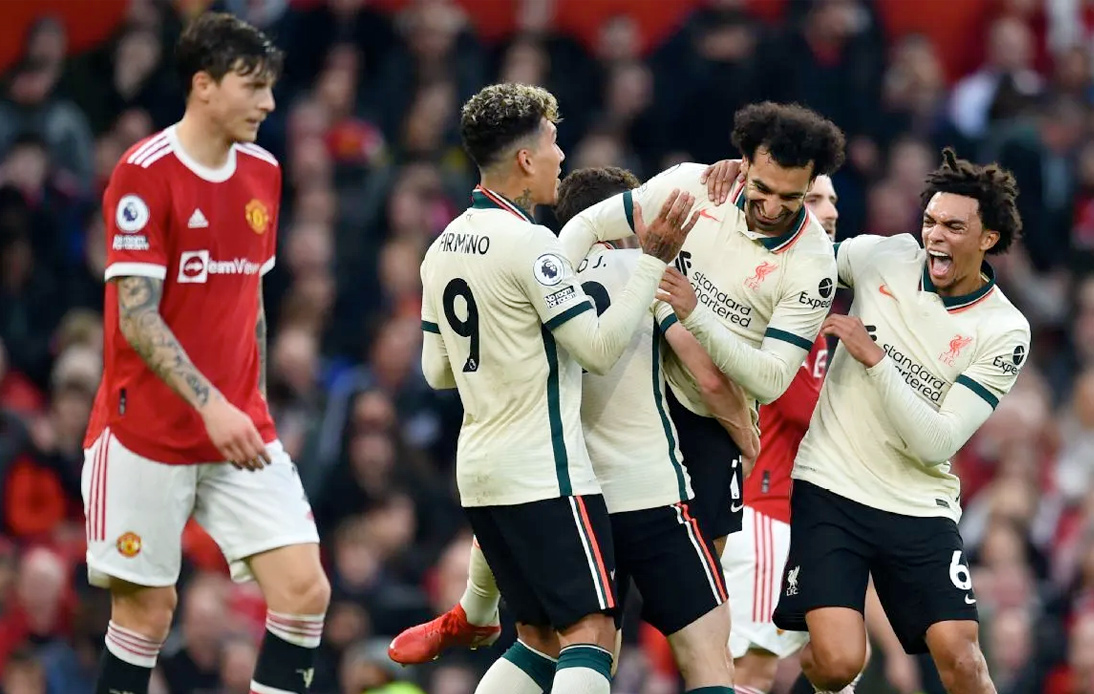 Exactly 10 years and one day after the ‘Red Devils’ lost 6-1 to city rival Manchester City, Liverpool showed the gap in quality between the two squads.

Mohamed Salah was once again doing his magic as Egypt forward claimed a hat-trick, the first of which meant he had scored for the 10th successive game.

The worrying signs were there for the hosts after five minutes as Liverpool took the lead when Salah set Naby Keita through to score at the Stretford End.

Eight minutes later, Diogo Jota slid in at the back post unmarked to add a second from Trent Alexander-Arnold’s delivery.

Liverpool was tearing United apart and got his first when he thumped the ball into the roof of the net from Keita’s cross then beat David de Gea with a low effort to give Jurgen Klopp’s side a four-goal half-time lead.

United fans were furious at the half expecting their players to fight back and at least lose with some dignity.

Many Manchester United fans left at the break and Solskjaer’s response was to send Paul Pogba on for Mason Greenwood, but that move backfired horribly very soon.

Salah raced on to Jordan Henderson’s superb pass to complete his treble five minutes after the break then Pogba was sent off for a reckless lunge at Keita that saw Liverpool’s midfielder taken off on a stretcher.

The rest was a formality as Liverpool cruised to victory in front of thousands of empty seats deserted by the home supporters.

“We know we are rock bottom, we can’t feel any worse than this. Let’s see where we take it,” said Solskjaer after the game.