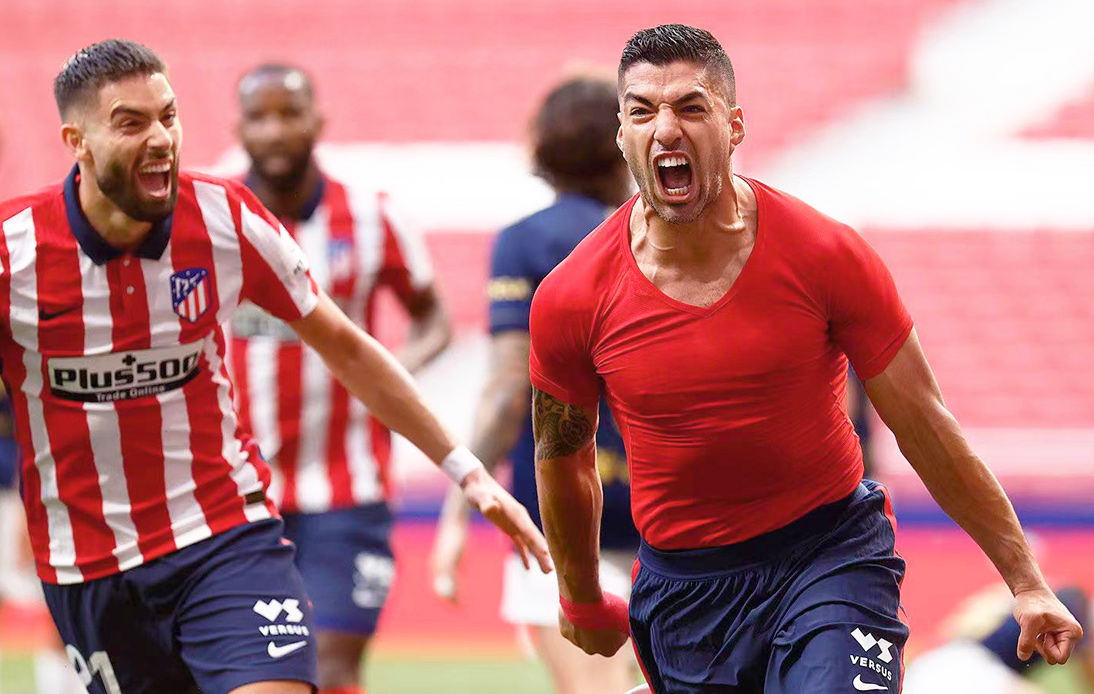 On Saturday, Atletico Madrid withstood the pressure and defeated Valladolid 1-2 away to finally get their hands on the coveted Spanish league title. The final day of the tournament was full of emotions and had Luis Suarez as its main hero.

Despite the happy outcome, things started badly for Atleti. In the 18th minute, Weissman started a quick counter-attack for Valladolid that surprised the rival defence, then Maranhao gave a lethal pass to Plano who, after being one-on-one with Jan Oblak, scored the first goal of the match.

A nervous visiting team tried to respond with a couple of headers from Jose Gimenez and a shot from Suarez, all unsuccessful.

In the 57th minute, with a great individual movement, Angel Correa eluded two defenders and with a precise shot scored the equaliser.

In the 67th minute, Suarez received an unintentional pass from Guardiola and did not hesitate to score a goal that gave Atletico its 11th league title.

In the day’s other matches, Real Madrid came from behind to beat Villarreal 2-1 at home with a Modric goal in stoppage time, while Barcelona beat Eibar 0-1 away.

In this way, Los Colchoneros claimed first place in the table with 86 points, while Real Madrid took second (with 84 points) and FC Barcelona (79 points) finished third.