Man City in Epic UCL Away Comeback Win Against PSG 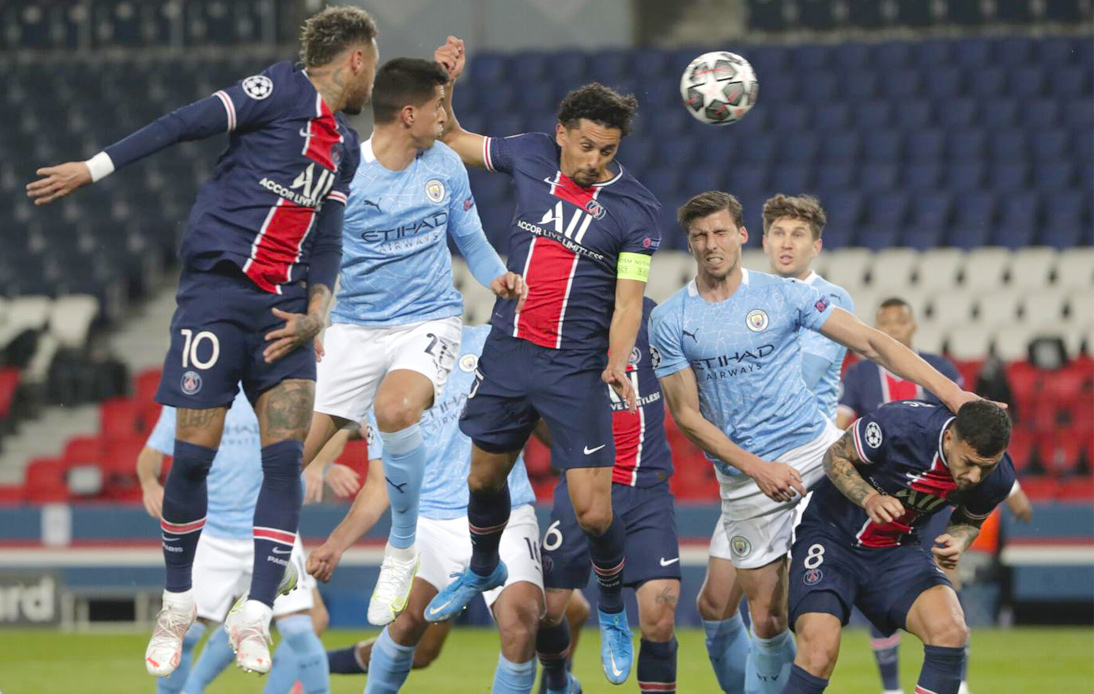 Manchester City overcame adversity to claim a valuable 2-1 win over Paris Saint-Germain at Parc des Princes in the first leg of their semi-final tie on Wednesday.  Pep Guardiola’s men have a significant advantage in their hands and are within touching distance of reaching their first-ever UEFA Champions League final.

Still, in the first half PSG were a better team, playing with more intensity and creating more chances.

In the 15th minute, Angel Di Maria took a corner kick, sent a cross into the box and Marquinhos scored the first goal of the match with a sensational header.

In the second half, the game changed completely and the visitors took control.

In the 64th minute, Kevin De Bruyne sent a cross into the box that found no recipient, but fortuitously and accidentally the ball ended up in the back of the net. The score was 1-1.

In the 71st minute, Riyad Mahrez took a free kick and unexpectedly the ball went through the wall before ending up inside Keylor Navas’ goal.

PSG were left shocked and disoriented. Shortly after, Gueye was sent off for a dangerous and criminal tackle from behind on Gundogan.

It now remains to be seen what will happen in the second leg at the Eitihad Stadium, which will be played next Tuesday.