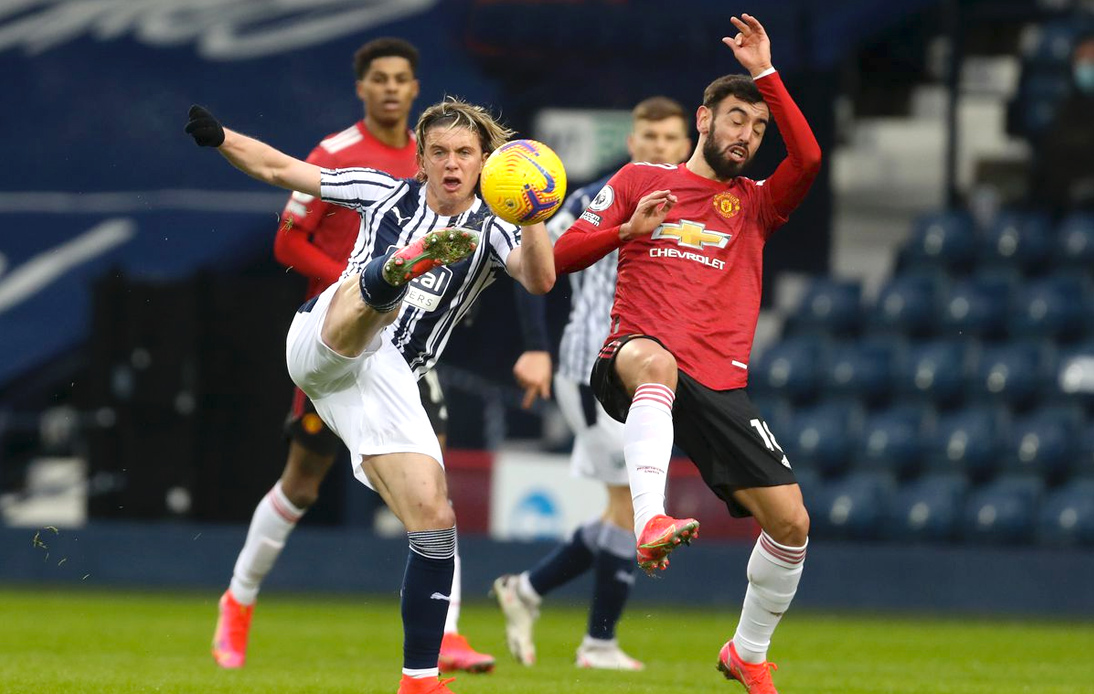 Manchester United had to settle for a bitter 1-1 draw away to West Bromwich Albion on Sunday. Ole Gunnar Solskjaer’s men again dropped points in their Premier League title race.

Things could not have started any worse for the Red Devils. In the 2nd minute, Conor Gallagher sent a precise cross into the box and Mbaye Diagne scored the first goal of the game with a great header.

In the 44th minute, Luke Shaw sent an elegant cross into the box and Bruno Fernandes scored the equaliser with a spectacular volley that was unstoppable for goalkeeper Sam Johnstone.

The second half was more exciting. At the 62nd minute, referee Craig Pawson awarded a penalty for the visitors following an alleged foul by Semi Ajayi on Harry Maguire inside the box. However, after consulting the VAR, Pawson reversed his decision.

In the 69th minute Mason Greenwood could have scored the second goal, but his close range shot was saved by Johnstone, in the same move McTominay also came close to becoming a hero, but Furlong cleared the ball before it crossed the goal line.

The Red Devils remain in second place with 46 points after 24 games played, now seven points behind leaders Manchester City, with the detail that the Citizens have only played 23 games.