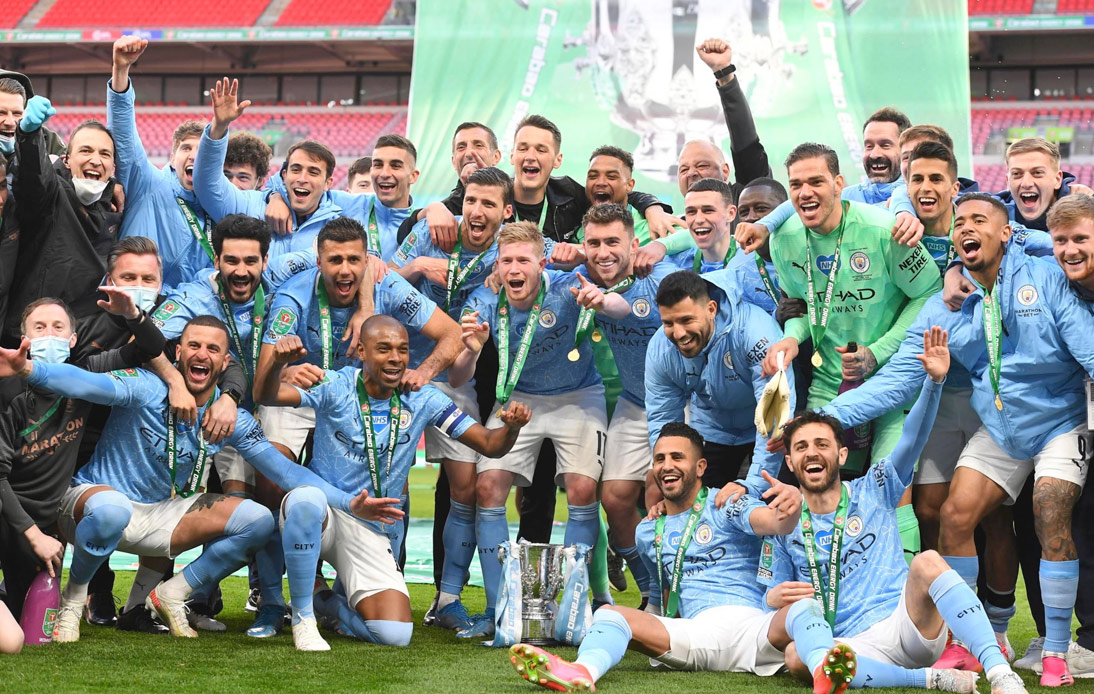 On Sunday, mighty Manchester City lifted their first trophy of the season after beating Tottenham Hotspur 1-0 in the Carabao Cup final. Following Jose Mourinho’s sacking as manager earlier this week, Spurs performed creditably but it was not enough to win the title.

In the 15th minute, Raheem Sterling had the first great scoring chance of the match with a shot from close range. However, Eric Dier got in his way and prevented the goal.

Ten minutes later, it was Phil Foden who almost put Pep Guardiola’s men ahead with a powerful shot inside the goal area, but goalkeeper Hugo Lloris made a miraculous save.

Riyad Mahrez also had two chances to score, but his shots went wide.

Manchester City were superior, but not effective. Tottenham were doing what they could, but were unable to trouble goalkeeper Zack Steffen.

In the 82nd minute, Kevin De Bruyne took a free kick and sent a cross into the box, Ameryc Laporte leapt elegantly to head home the only goal of the game to clinch the win and the title for the Citizens.

In doing so, Manchester City lifted their fourth consecutive trophy in this tournament in front of 8,000 fans who were allowed to attend Wembley Stadium.

They will now turn their efforts to the Champions League semi-finals.