Manchester City Beats Palace and Moves Closer to the Title 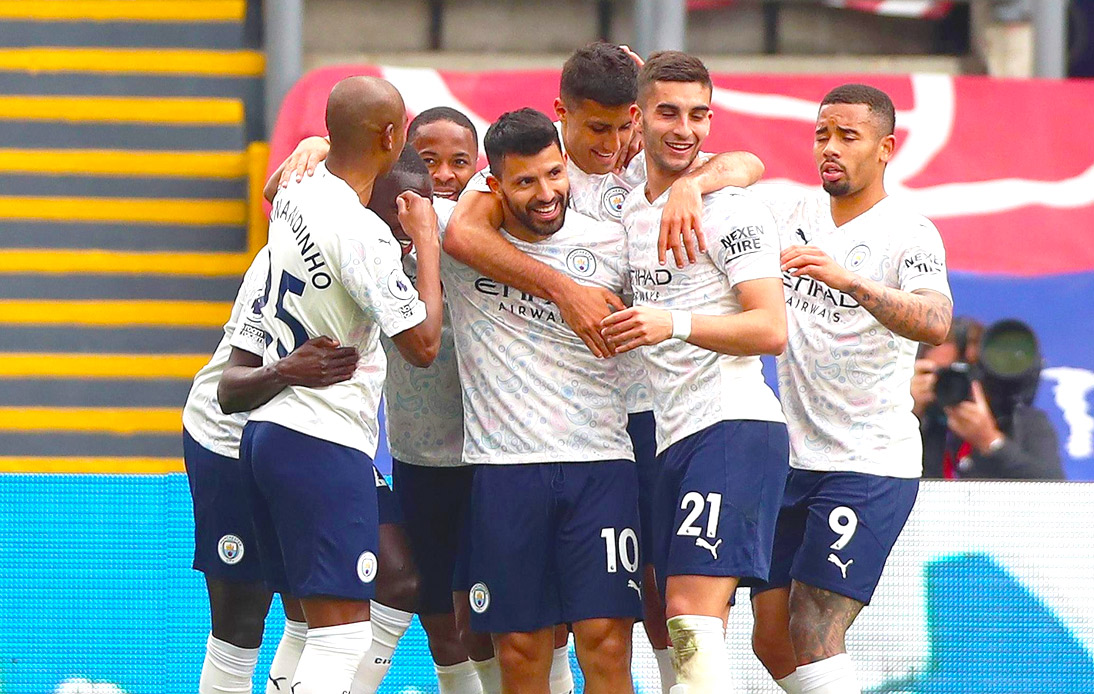 Manchester City beat Crystal Palace 0-2 away to Crystal Palace on Saturday and are now within touching distance of another Premier League title. Pep Guardiola’s men had no major difficulties to get the three points and could be crowned champions on Sunday.

During the first half, the visitors did not have many scoring chances. Gabriel Jesus scored a great goal in the 37th minute, but it was disallowed for offside.

Erebechi Eze tried to surprise goalkeeper Ederson Moraes with a shot from outside the box, but the ball went wide and did not cause the Brazilian major problems.

In the 57th minute, Benjamin Mendy sent a low cross into the box, Sergio Agüero controlled the ball elegantly and with a powerful shot scored the first goal of the match, and what could be his last goal for this team.

Less than two minutes later, young Spanish prodigy Ferran Torres scored the second goal for the Citizens with a soft but accurate shot from outside the box.

With this result, Manchester City have a chance to secure the title this weekend.

On Sunday, Manchester United face Liverpool at Old Trafford in the North West derby. If the Red Devils lose, the Citizens will be the new champions of British football, but only that result will do.