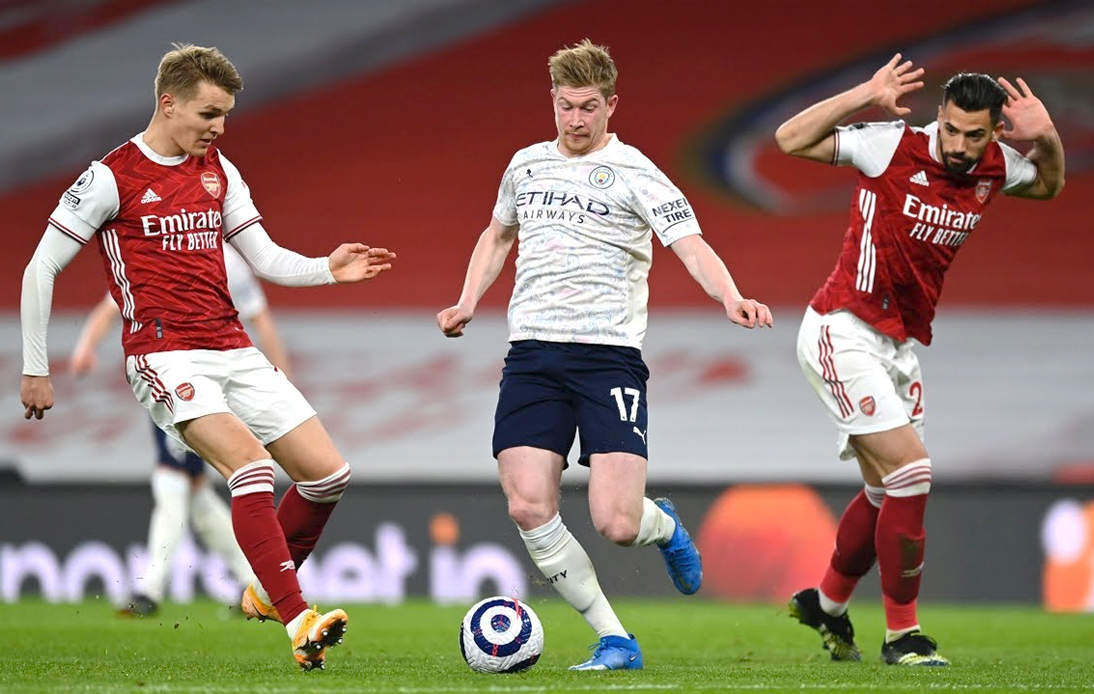 This Sunday, Manchester City proved once again that they are unstoppable after a comfortable 0-1 win over Arsenal at the Emirates Stadium. Pep Guardiola’s men have now racked up a staggering 18 consecutive wins and 25 matches without defeat.

In the second minute, the play that would settle the match took place. Riyad Mahrez sent a cross into the box, Raheem Sterling took advantage of a distraction by Rob Holding and with an accurate header scored the only goal of the game.

The rest of the game was dominated by the Citizens, who created more chances against an impotent Gunners, unable to trouble goalkeeper Ederson.

A powerful shot from Ilkay Gundogan saved by Leno and an aesthetic shot from Joao Cancelo that went just wide were among the most important chances.

A predictable Kieran Tierney shot (easily saved by Ederson) and an inaccurate Nicolas Pepé strike were the “best” Arsenal had to offer in attack.

With this win, Manchester City are first with 59 points from 25 games (10 points ahead of Manchester United, their closest challenger). Arsenal are tenth with only 34 points and the qualification zone for European competitions continues to slip away from them.

In other results, Tottenham lost 2-1 away to West Ham, while Manchester United beat Newcastle 3-1 at Old Trafford.