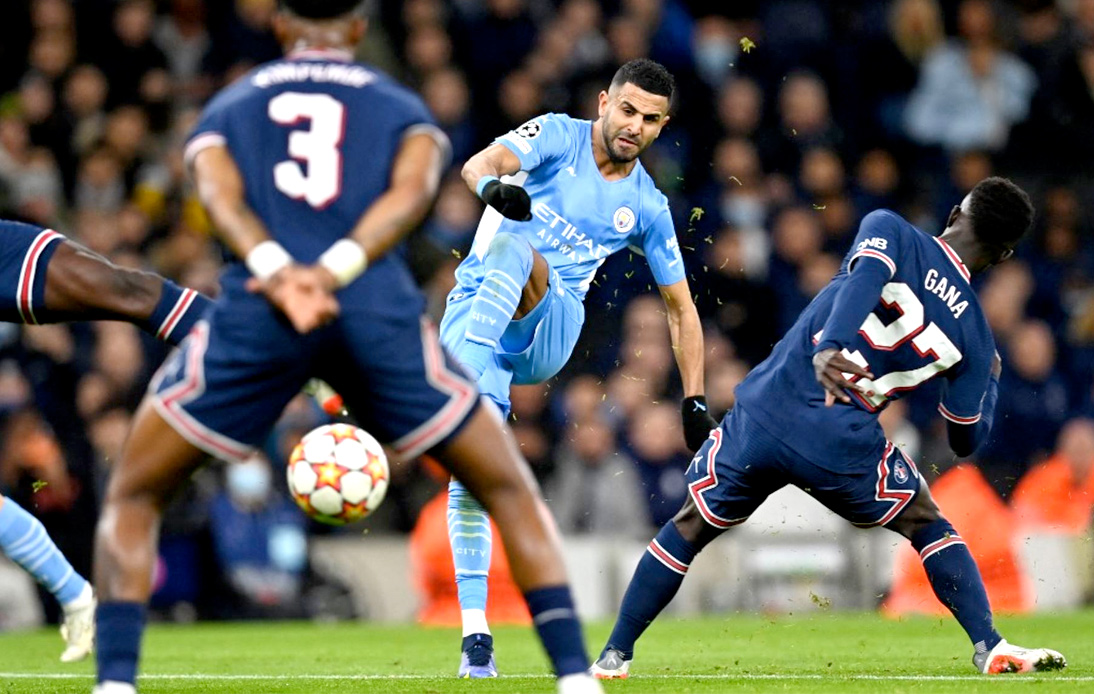 Manchester City managed to make a turnaround in the clash of the most financially powerful clubs in Europe against the French runner-up, defeating PSG on Wednesday night in the penultimate round of the group stage of the Champions League at the Etihad with 2-1.

With this victory brought by goals by Raheem Sterling and Gabriel Jesus, City secured a place in the knockout phase from the first position in the group. With the goal scored in the 63rd minute, Sterling equalized with the legendary Frank Lampard in the number of goals scored(23) in the Champions League.

The team led by Pep Guardiola has shown that it is better than PSG at the moment.
In this match, all the omissions in the defensive part of Pochettino’s team were seen. PSG did not play at a recognizable level.
The attack depended solely on the combinations that Messi, Neymar and Mbappe were able to make.

Mbappe scored a goal in the 50th minute for the lead of PSG. That goal did not demoralize Manchester City. The host was a better rival during the first 60 minutes and had several missed opportunities, the most dangerous of which were the shots of Gundogan and Mahrez.

Just thirteen minutes after receiving the goal City came to an equalizer. After a great return ball by Rodri, Sterling did a great job on the second post and sent the ball into the goal with the tip of his football boot.

Gabriel Jesus was responsible for the complete turnaround, entering the second half and leading the team brilliantly in terms of energy and will, which he crowned with a goal in the 76th minute assisted by Bernardo Silva.

Among the other matches played on Wednesday, we should mention the victory of Milan against Atletico in Madrid 1-0, as well as the convincing victory of RB Leipzig against Club Brugge 5-0.