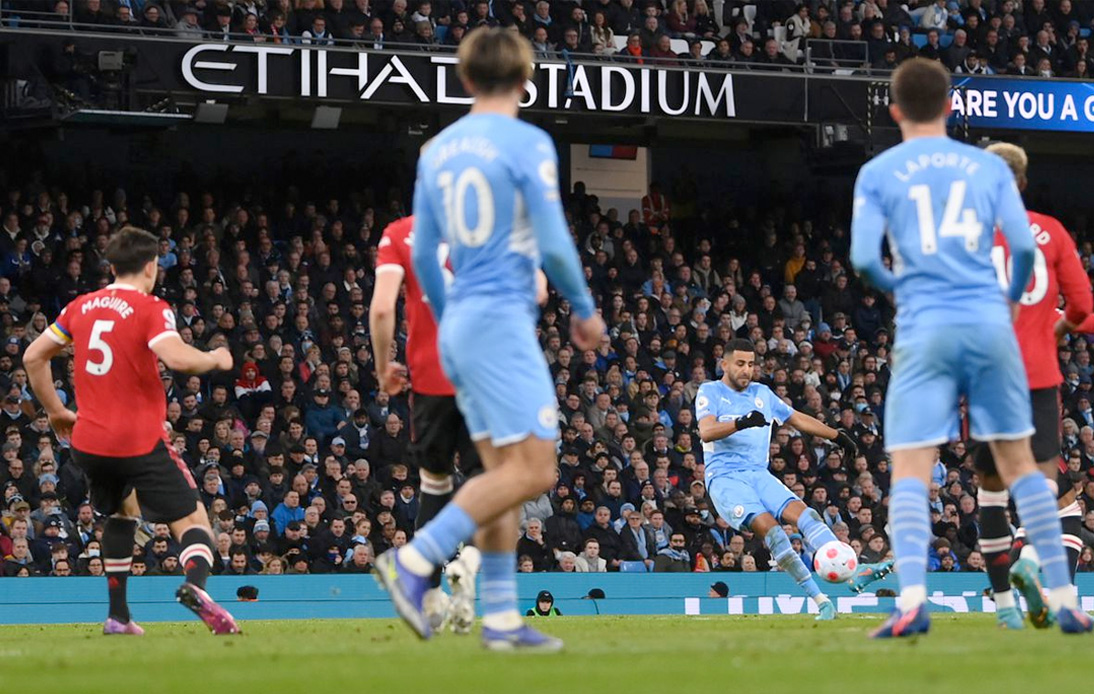 City leads Liverpool by six points with one game remaining following a victory that was probably even more impressive than the score implies.

Ralf Rangnick’s team was missing injured Cristiano Ronaldo and Edinson Cavani, as well as Raphael Varane and Luke Shaw, who both have Covid-19, and were outclassed by the defending champions’ talent and effort.

Kevin de Bruyne was the driving force behind it all. He put City ahead early on with a neat finish, then restored their advantage just before half-time when Jadon Sancho equalized for United with a low shot, the Belgian’s second smashed in during a goalmouth melee.

After the break, City picked up the pace and deservedly scored after 68 minutes when Riyad Mahrez met De Bruyne’s corner on the half-volley to past United goalkeeper David de Gea. The goal came as a result of a deflection from United captain Harry Maguire, who had a terrible afternoon.

City’s fortunes improved in the final minutes as Mahrez sprinted free to beat De Gea, the goal being awarded after a long VAR probe for offside.

Manchester City had Liverpool on their tail after Jurgen Klopp’s side drew level with West Ham United, but the champions replied magnificently.

City forced themselves on Manchester United from the first whistle, and Sancho’s wonderful equaliser was merely a minor annoyance as the difference between Guardiola’s squad and their arch-rivals was cruelly revealed.

De Bruyne was the hero of the show, scoring twice and setting up City’s third. He was the brightest star in a galaxy on display at Etihad Stadium as City demonstrated that they are not about to cede their title, no matter how hard Liverpool pushed them.

City’s first-half performance was superb, but they were absolutely fantastic after the break as they outran United, who were never allowed a second of possession and were unable to withstand wave after wave of onslaught.

Without De Gea, Riyad Mahrez may have added to his two goals, while Joao Cancelo’s spectacular effort was also saved by the United goalkeeper.

City’s possession domination and ability to cut through an admittedly fragile United defense at will enthralled their supporters, who reveled in a display of mastery that left United bruised and battered well before the final whistle.