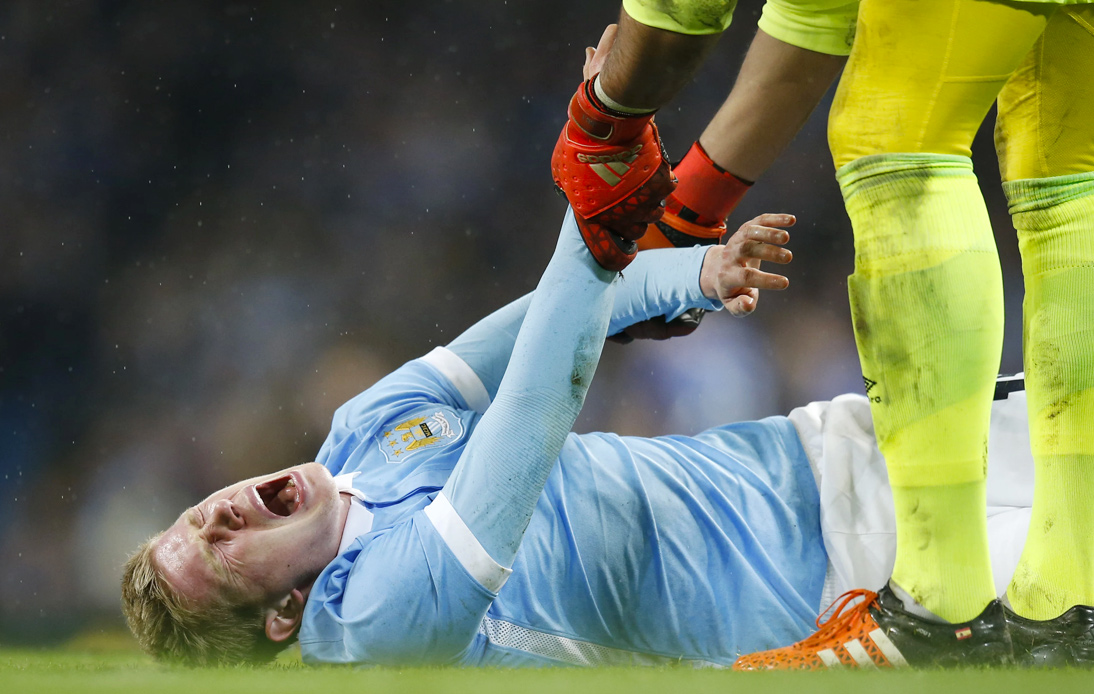 Manchester City have received some very bad news on Friday, as Kevin de Bruyne, one of their top stars, will be sidelined for four to six weeks with a hamstring injury. The information was released by coach Pep Guardiola himself.

“It is unfortunate for him and for us and we have to find a solution”, said the Spanish manager at a press conference.

The midfielder suffered the untimely injury in Wednesday’s 2-0 Premier League win against Aston Villa. In that match he had to be replaced in the 59th minute by Gabriel Jesus.

The first game De Bruyne will miss is the Citizens’ FA Cup fourth round tie at Cheltenham.

The Belgium playmaker could miss up to 10 matches and he will most likely not be fit enough for the Champions League last-16 first-leg tie with Borussia Monchengladbach on 24 February.

This injury affects the 29-year-old just when he was in very good form. This month, he had played five games and had contributed with one goal and three assists.

So far this season, De Bruyne has scored three goals and provided 15 assists. Until now, the Drongen-born player had been the catalyst for City’s form. Guardiola’s men have won nine games in a row in all competitions, six of them in the Premier League.