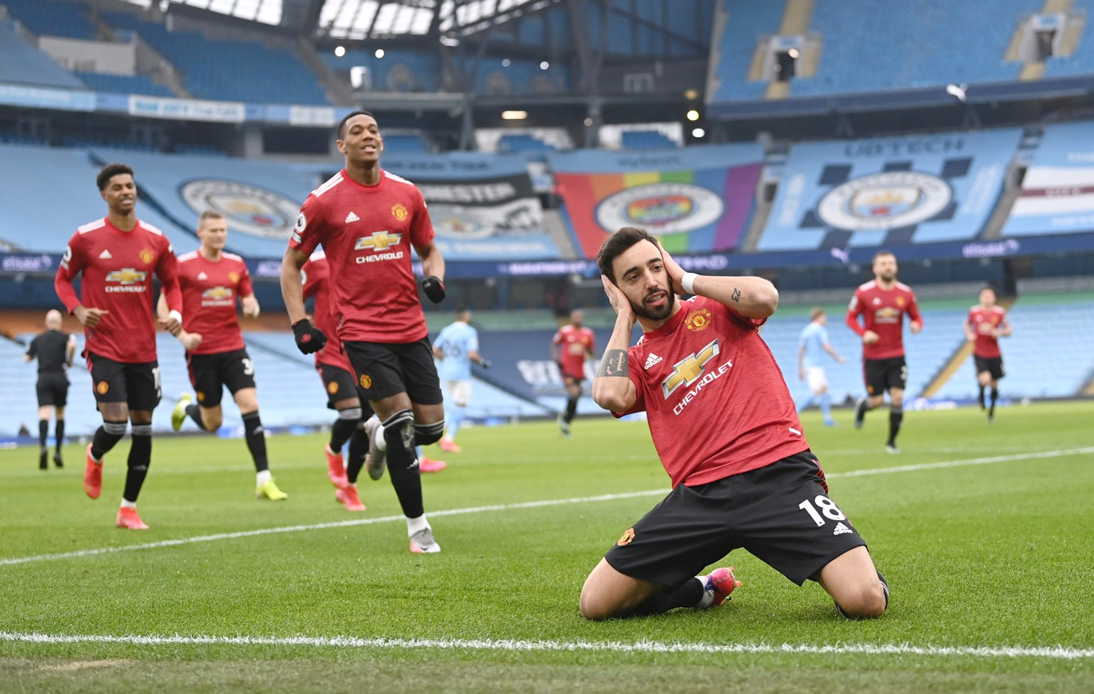 On Sunday, Manchester United pulled off a shock 0-2 away win over Manchester City at the Eitihad Stadium.

Thus comes to an end a chilling run of 28 consecutive matches without defeat achieved by Guardiola’s men, their last defeat having taken place on November 21, 2020 (2-0 against Tottenham).

With just two minutes gone, Gabriel Jesus fouled Antoni Martial inside the box and referee Anthony Taylor awarded a penalty. Bruno Fernandes took the spot-kick and scored the first goal of the game.

After that blow, the home team reacted. Kevin de Bruyne and Ilkay Gundogan tried to score the equaliser with powerful shots from outside the box, but goalkeeper Dean Henderson saved them.

In the 50th minute, Luke Shaw surprised his opponents with a great sprint, led a dangerous counter-attack and after exchanging passes with Marcus Rashford, scored his team’s second goal with a low shot.

Phil Foden came close to scoring a goal to revive his team’s hopes, but the ball went just wide.

With this triumph, the ‘Red Devils’ have 54 points and reduce the gap to the ‘Citizens’ to 11 points.

In other results, Liverpool lost 0-1 to Fulham and now has six consecutive defeats at Anfield Road, while Tottenham defeated Crystal Palace 4-1 with spectacular performances by Gateh Bale and Harry Kane.