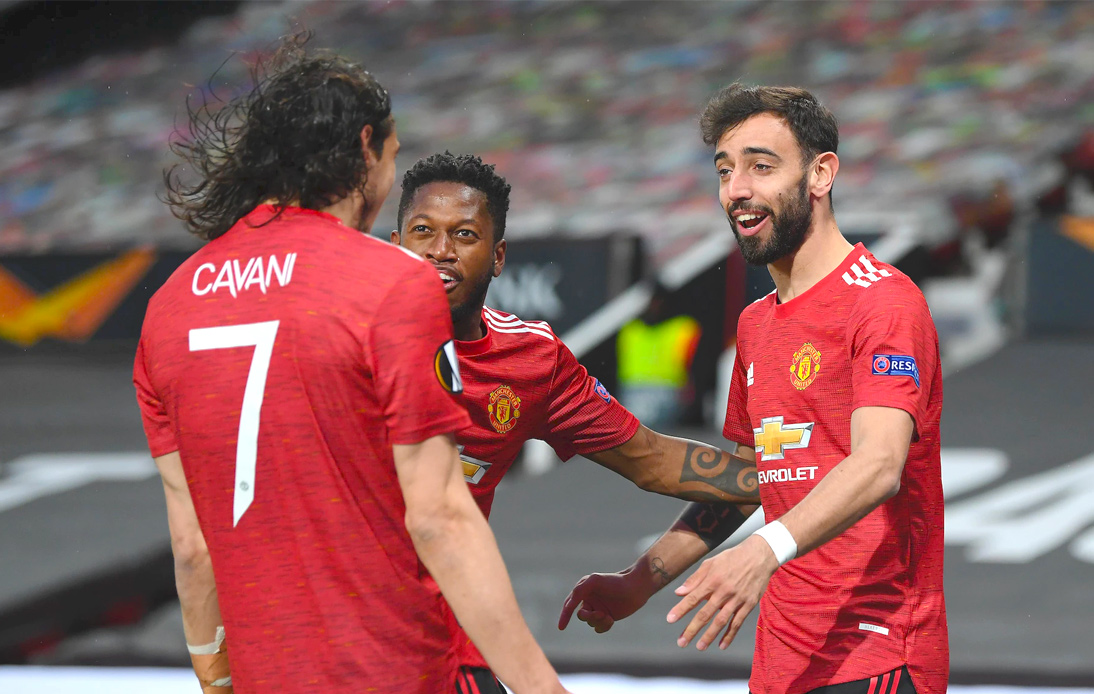 Manchester United advanced to the final of the UEFA Europa League on Thursday after eliminating AS Roma. Despite losing 3-2 in the second leg (played at the Stadio Olimpico), the Red Devils benefited from a 6-2 win at Old Trafford to overcome their rivals 8-5 on aggregate.

In the 39th minute, Fred sent a precise through ball to Edinson Cavani, who was one-on-one with goalkeeper Antonio Mirante. The Uruguayan did not hesitate and scored the first goal of the match.

In the 57th minute, Pedro attempted a deflected volley that looked unlikely to cause much danger, but Edin Dzeko outwitted the opposition defenders and headed the ball into the back of the net for the equaliser.

In the 68th minute, Bruno Fernandes sent a delicate and elegant cross into the box. Cavani took his time and headed home the equaliser.

In the 83rd minute, Nicola Zalewski attempted a volley, the ball deflected off Alex Telles and the Brazilian ended up scoring an unfortunate own goal.

Manchester United will thus face Villarreal (who eliminated Arsenal 2-1 on aggregate) in the final, which will take place on 26 May. The match will be played at Arena Gdansk stadium (in Poland).