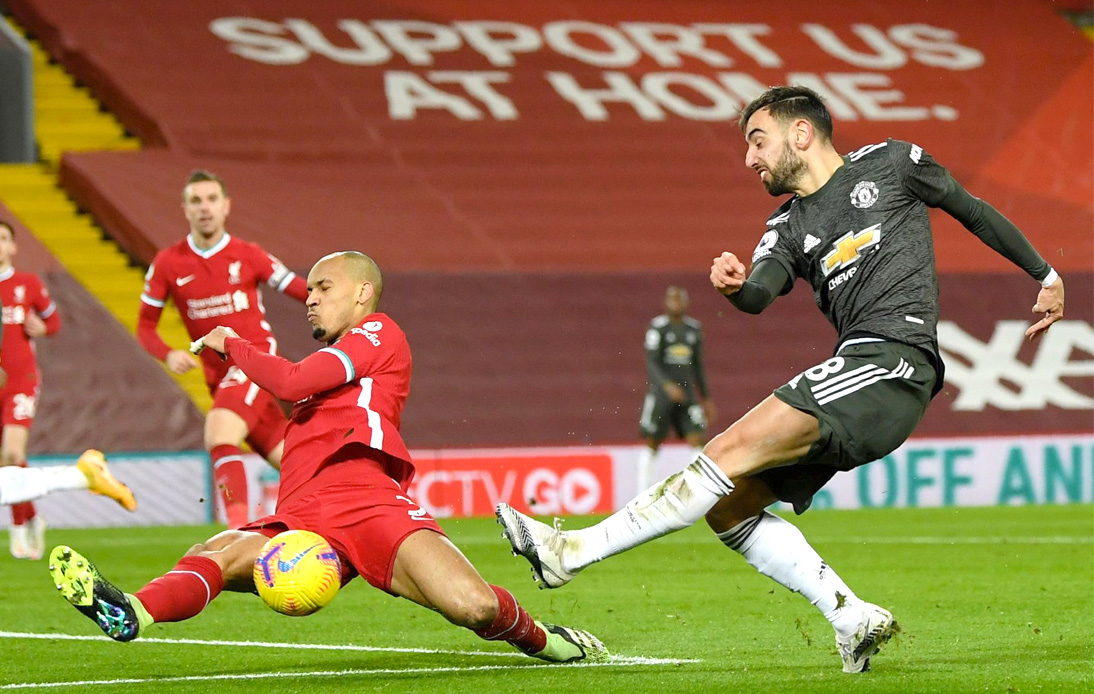 This Sunday, Manchester United and Liverpool drew 0-0 in the eagerly awaited North West derby. The match did not live up to expectations and both teams had to settle for a point and a result that could be counterproductive to their championship aspirations.

The first big chance to score was given to Bruno Fernandes. The Portuguese took a free kick and his shot went very close to the right post of Alisson Becker’s goal.

Liverpool responded with a great counter-attack that ended with a weak shot by Roberto Firmino.

Alisson Becker made a sensational save after a close range shot by Bruno Fernandes following a grounded cross by Luke Shaw. Then, a powerful finish by Thiago Alcantara forced David de Gea to show off.

With 10 minutes left on the final whistle, Paul Pogba could have scored the winning goal, but his powerful short range shot was saved by Becker, who became the hero of his team.

With this result, Manchester United remains at the top of the Premier League with 37 points after 18 games played, however the Red Devils could lose that position, as Manchester City has 35 points and has only played 17 games.

For their part, Liverpool have dropped to fourth position with 34 points, behind Citizens and Leicester City.