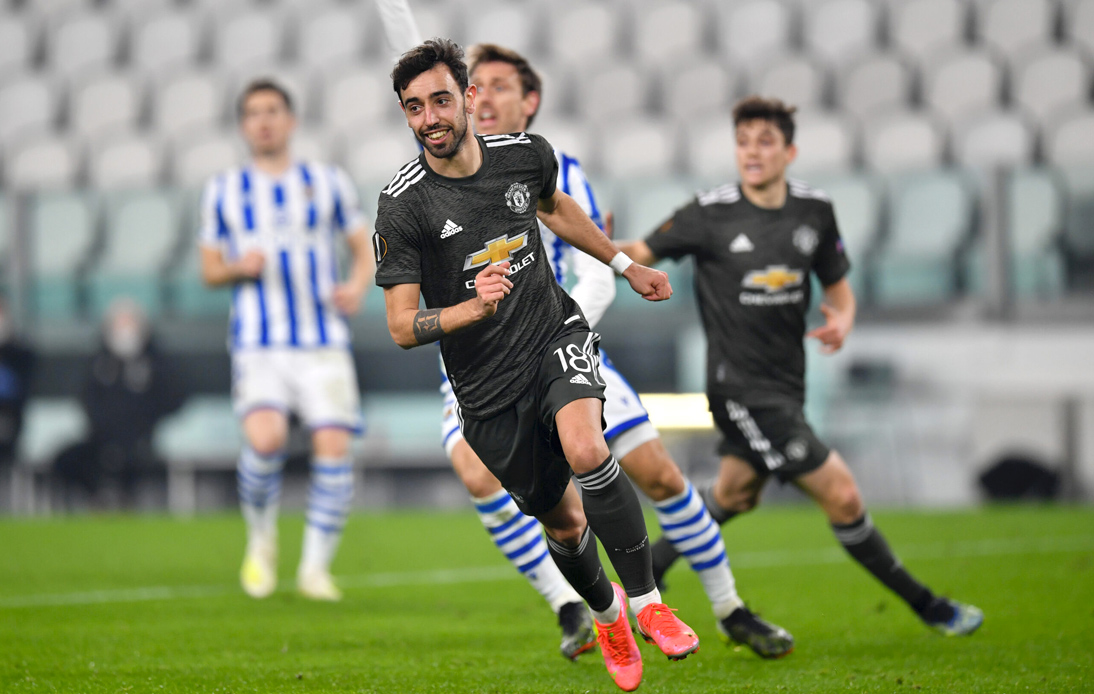 This Thursday, Manchester United gave a blow of authority and defeated Real Sociedad 0-4 in the first leg of their UEFA Europa League round of 32 tie. Ole Gunnar Solskjaer’s men were superior and practically assured their ticket to the next round.

Due to restrictions imposed by the Spanish government on flights from the United Kingdom, the match took place at the Juventus Stadium (in Turin).

In the 27th minute, Bruno Fernandes took advantage of a rare miscommunication between goalkeeper Remiro and defender Le Normand to score the first goal of the match in front of an open goal.

In the 57th minute, after a lethal counterattack, Daniel James set up Fernandes for the Portuguese to score his second goal of the night.

Seven minutes later, Fred played a lethal pass to Marcus Rashford, who was left in an unbeatable position and did not hesitate to score his team’s third goal.

In the 90th minute, Daniel James advanced many meters with the ball at his feet and scored the 0-4 with an exquisite and elegant finish.

The second leg will take place on next Thursday, February 25 at Old Trafford.

In other results, Leicester City drew 0-0 away to Slavia Prague, while Tottenham beat Wolfsberger 1-4 in Austria and Arsenal drew 1-1 with Benfica in Portugal.