Manchester United Draw With Milan in the Europa League 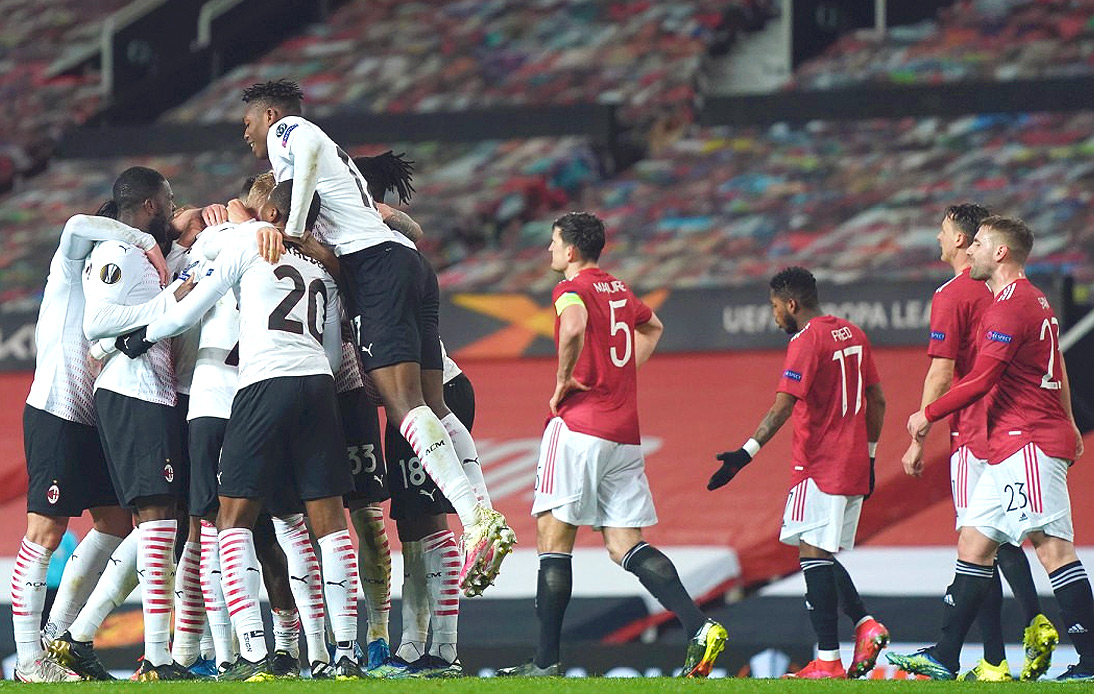 Manchester United had to settle for a 1-1 draw against AC Milan in the first leg of their UEFA Europa League last-16 tie on Thursday. Solskjaer’s men were unable to secure victory at Old Trafford and must now seek qualification at the Giuseppe Meazza.

The match was entertaining and had some exciting moments that were reminiscent of great clashes between these two teams in the past.

In the 7th minute, Rafael Leao scored for the visitors, but his goal was disallowed for offside.

In the 13th minute, Franck Kessie scored a wonderful goal with a spectacular volley, but the VAR disallowed it due to a previous handball by the Ivorian.

In the 38th minute Harry Maguire had an excellent chance to score as he was inches away from the goal line, but inexplicably his shot crashed against the right-hand post.

In the 50th minute, Bruno Fernandes sent a brilliant chipped pass into the box and Amad Diallo looped the ball over Gianluigi Donnarumma and into the net.

However, in stoppage time Krunic took a corner kick and Simon Kjaer, with a header, scored the equaliser for Milan. The second leg will be played on 18 March.

In other matches of the day, Arsenal beat Olympiakos 1-3 away, while Tottenham Hotspur beat Dinamo Zagreb 2-0 at home.