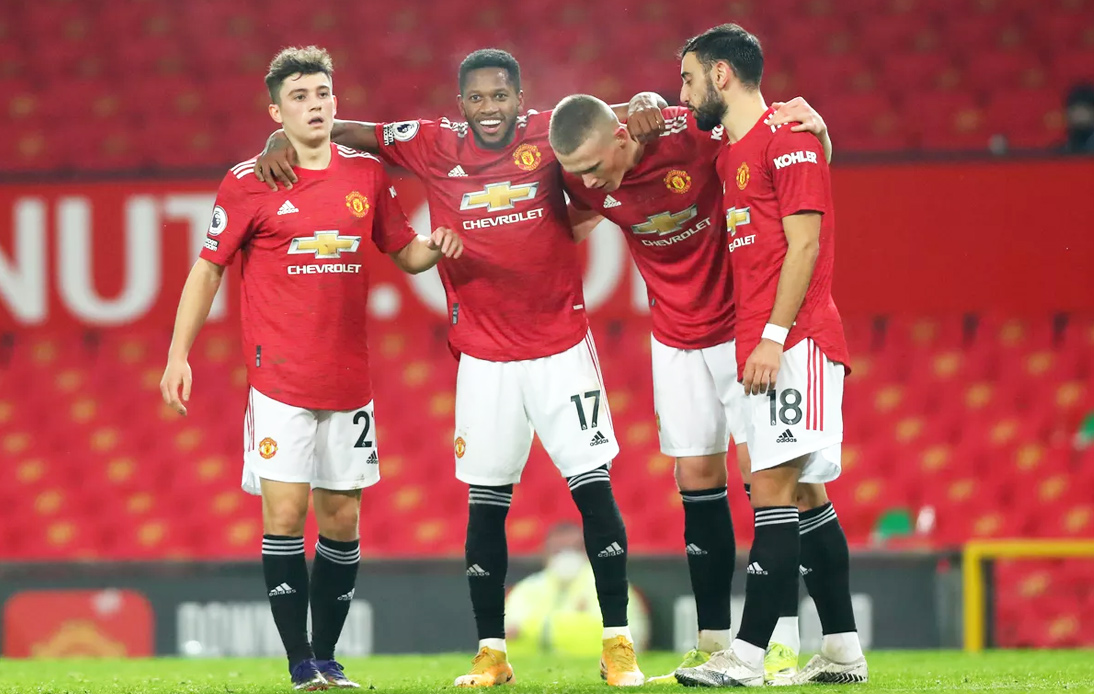 Manchester United recorded a memorable 9-0 victory over Southampton at Old Trafford on Tuesday. The Red Devils equalled their biggest ever Premier League win (the previous record was a 9-0 thrashing of Ipswich Town in 1995).

In the 18th minute, Aaron Wan-Bissaka scored the first goal of the night from Luke Shaw’s cross.

Seven minutes later, Mason Greenwood’s pass left Marcus Rashford in an unbeatable position and the striker made it 2-0.

In the 34th minute, Jan Bednareck scored an embarrassing own goal while trying to clear Rashford’s cross.

In the 69th minute, Bruno Fernandes fed Antoni Martial with a lobbed pass, the Frenchman chested the ball down inside the box and fired in a powerful shot to make it 5-0.

Two minutes later, Scott Mcominay took advantage of a defective clearance by the Southampton defence and with an unstoppable shot scored the sixth goal.

In the 87th minute, Martial was fouled inside the box, which was the second red card of the match for the Saints (the first was in the 2nd minute). Fernandes took the penalty and converted it into the seventh goal.

Soon after, Martial scored the eighth after another great chest control while Daniel James sealed the final score after a header from Fernandes.

This is Southampton’s second 9-0 defeat in less than 18 months. Leicester had already beaten them by that scoreline in October 2019.