Mbappe Tears Barcelona Apart on a Wonderful Night for PSG 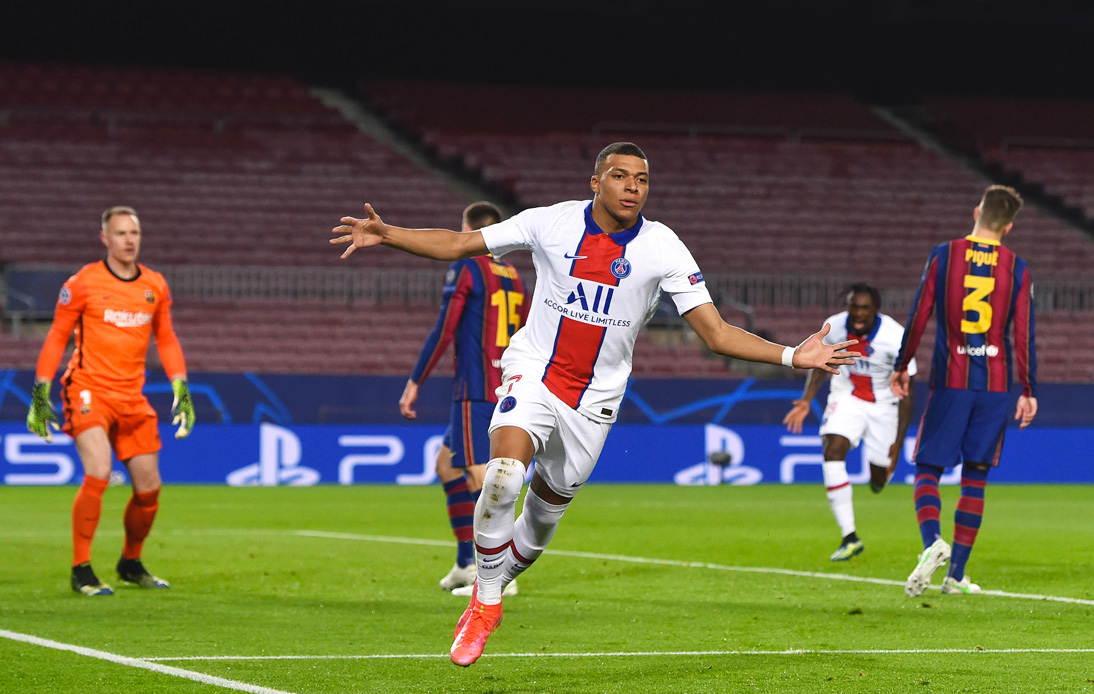 On Tuesday, PSG pulled off a sensational 1-4 thrashing of Barcelona in an amazing Champions League last-16 clash at the Camp Nou. Kylian Mbappe had a dream night, scoring a hat-trick and giving a real footballing display.

The match had started well for the home team. Kurzawa naively fouled Frenkie de Jong inside the box and referee Bjorn Kuipers awarded a penalty that Lionel Messi converted to make it 1-0.

However, it took PSG only five minutes to react. Verratti played a pass to Mbappe, who, after a faulty control, managed to dribble past Lenglet and score the equaliser.

In the second half, the visiting team was a steamroller.  In the 65th minute, Florenzi sent in a cross that Pique cleared as best he could but Mbappe was marauding in the box and when the ball fell to his feet he did not hesitate to score the second goal for PSG.

Only five minutes later. Paredes took a free kick and sent a precise cross into the box for Kean to score with a sensational header to make it 1-3.

In the 85th minute, Julian Draxler led a great counter-attack and delivered a lethal pass to Mbappe, who scored to make it 1-4.

In the other match of the day, Liverpool beat Leipzig 0-2 away.