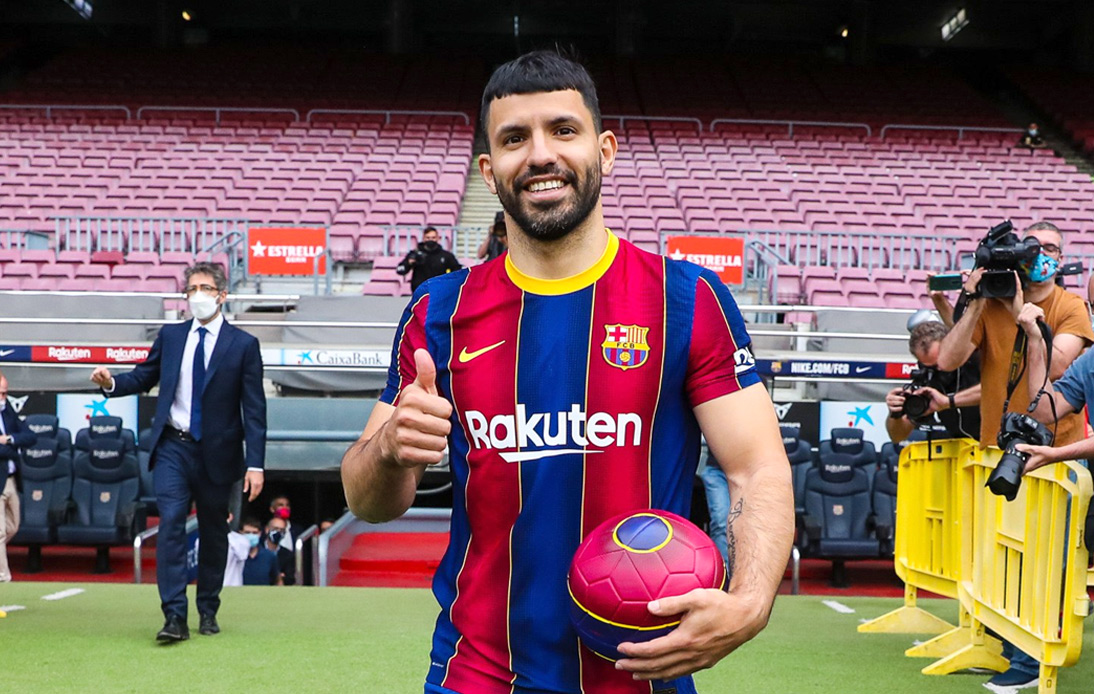 On Monday, it became official what was already an open secret: Sergio Agüero and FC Barcelona will join forces.

The Argentine signed a two-year deal with Los Cules, which will come into effect at the beginning of July, when his current contract with Manchester City expires.

The 32-year-old ends a beautiful love story with the English club, where he played for 10 years. In that time, he won major 15 trophies and became the club’s all-time leading goalscorer with 260 goals in 390 games.

His last game for the Citizens was last Saturday’s Champions League final defeat to Chelsea. A sad farewell that did not overshadow the warm welcome Sergio received in Catalonia.

“We all know that Barcelona are the best club in the world, I think I made a great decision to be here and of course it is a step forward in my career,” said Aguero, who on Monday also signed the contract that will commit him to his new team until the end of the 2022/2023 season.

“I am really happy and hopefully I can help the team to win things,” he added.

The striker will be team-mate of his friend Lionel Messi and will return to the Spanish La Liga, a competition he played in between 2006 and 2011 with Atletico Madrid.