Republic of Ireland holds of Portugal in World qualifiers 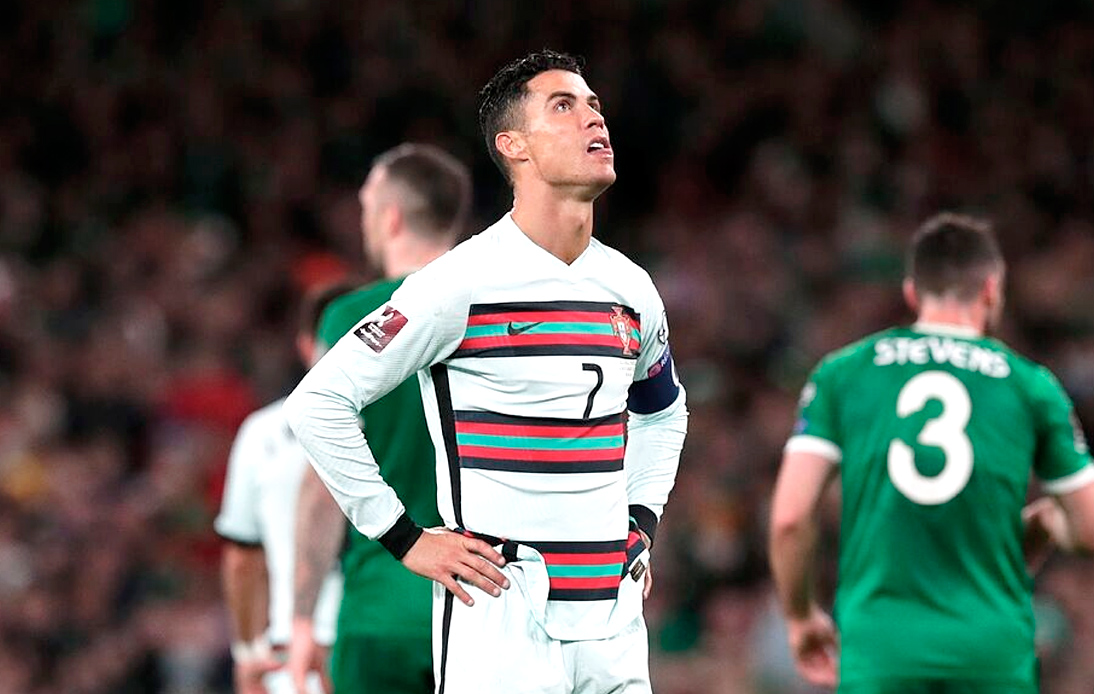 The Republic of Ireland continued its encouraging recent form as they held Portugal to a goalless draw in Dublin.

Cristiano Ronaldo endured a frustrating night for the visitors, who ended the game with 10 men after Pepe was sent off after receiving two yellow cards.

With this draw, Portugal is first in Group A with 17 points just as Serbia but has a better goal differential. The two teams meet on Sunday in Lisbon with the home team having chances to book their ticket for the World Cup with a draw.

Portugal manager Fernando Santos made numerous changes in the starting lineup not willing to risk any injuries before the crucial match against Serbia. Cancelo, Rúben Dias, Fonte, Renato Sanches and Diogo Jota did not start.

This was probably one of the best games Ireland has played in this qualifiers having a chance to win it in the last minutes but their goal was overruled as Will Keane was called for a foul.

“I thought we started a little nervously, Portugal were very good early on. In the second half I thought we were the better team,” said Ireland’s manager Stephen Kenny after the match.

“We scored a legitimate goal, it was not a foul, Will Keane stands his ground and we’re disappointed with the decision.”

“We’ve played them twice, leading 1-0 out there after 88 minutes and in the second half tonight I thought we were excellent.”

“There’s room for improvement but we had more shots on target than they did. It was a good performance. We’ve evolved, you can see the way we’re playing.”

“In nine matches, we’ve only lost one, in Faro in the 97th minute. We’re going well.”

On Sunday, the Republic of Ireland visits Luxembourg in their last qualifying match.