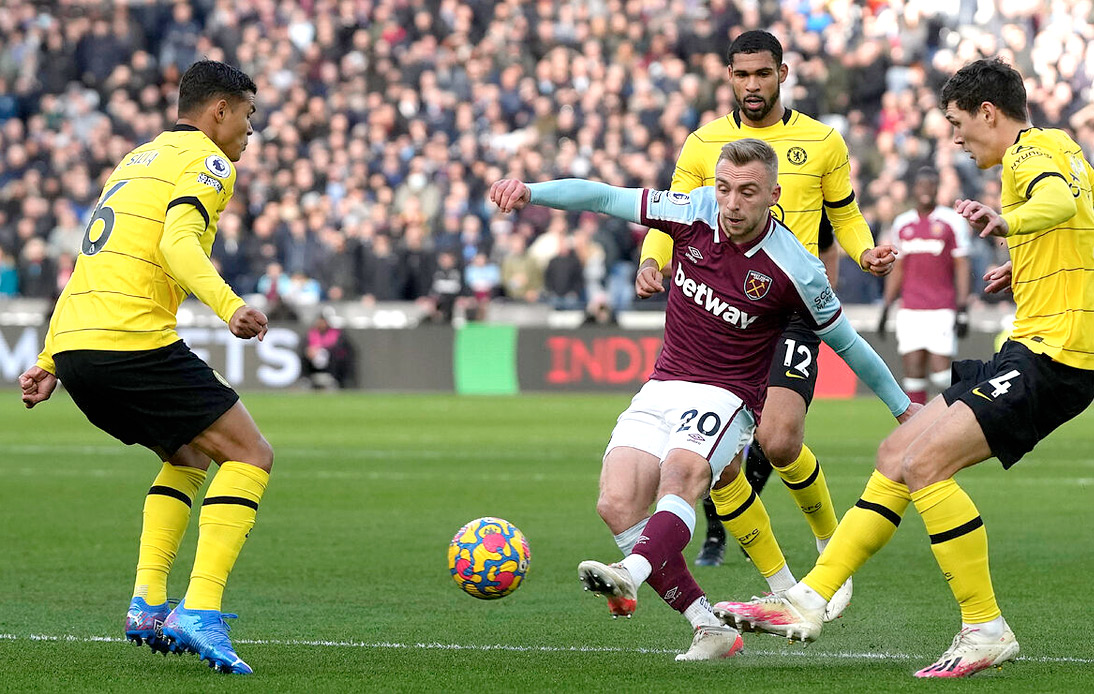 It was always going to be a difficult game for Chelsea, given West Ham’s great style of football this season, but the Hammers had other plans.

Coming from behind twice, West Ham shocked Tuchel’s side in a 3-2 defeat at the London Stadium.

The afternoon started brilliantly for Tuchel’s men, as Mason Mount whipped in a perfect cross from a corner that connected with Thiago Silva’s head for the opener.

Chelsea looked comfortable, but West Ham was playing with urgency, and it would serve Moyes’ team well.

In the 39th minute, a poor backpass from Jorginho would attract Jarrod Bowen, who was quickest to react. Chelsea keeper Mendy came out to secure the ball but made a fumble of it and brought down Bowen, penalty.

Manuel Lanzini made no mistake from the spot, 1-1.

At the eleventh hour of the first half, Mason Mount would produce a moment of brilliance to put Chelsea ahead again.

With one minute left to play in the half, a Ziyech cross to the West Ham back post found an unmarked Mount, who finished with a first-time volley with the inside of his foot, firing Chelsea into the lead.

Upon resumption of play, the Hammers again looked the more urgent side and needed only eleven minutes to carve into Chelsea’s lead.

Tight-knit play on the left side of the Chelsea box would see Coufal find Bowen with a short pass, and the Englishman would produce a moment of his own, firing a low volley from just outside the box to level the game.

It’ll be a back and forth game from then on, as the London rivals both sensed the game was there for the taking.

However, West Ham had done enough for the football gods to smile on them.

Three minutes to the end of regular time, Hammers left-back Masuaku would launch a cross from the left side and into the box. The ball’s trajectory caught Chelsea keeper Mendy, in no man’s land, and his attempt to save the ball would lead to a parry into his own net. 3-2, West Ham lead.

Moyes’ men would hold on for the 3-2 win, costing Chelsea the league lead, handing them only their second loss of the campaign and becoming the only team to score more than one goal against them.