Bottas and Perez Are Fastest at US Grand Prix Practices 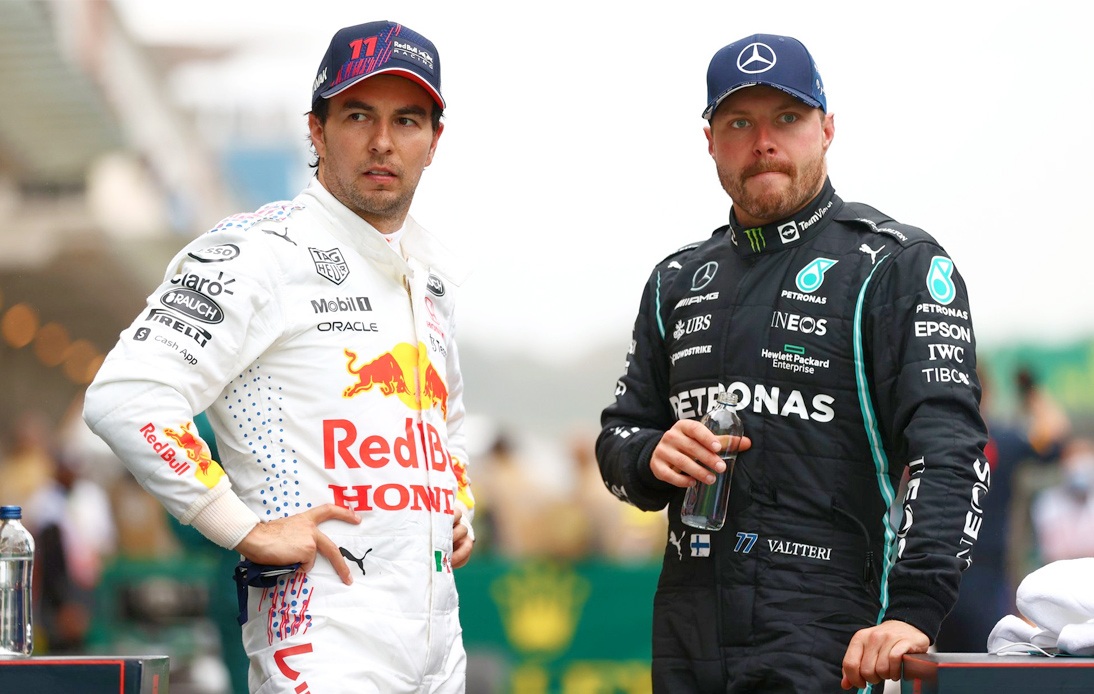 Valtteri Bottas had the fastest time in first practice at the United States Grand Prix finishing in front of Lewis Hamilton.

Bottas, who has a five-place grid penalty following an engine change, was 0.045 seconds quicker than Hamilton.

Hamilton’s title rival Max Verstappen was a massive 0.932 seconds off the pace in his Red Bull, ahead of the Ferrari’s of Charles Leclerc and Carlos Sainz.

Mercedes’ pace bodes well for Hamilton as the seven-time champion seeks to overturn Verstappen’s six-point gap and reclaim the championship lead this weekend in Austin, Texas.

However, while Mercedes were expected to have a slight edge based on recent performance, the size of their advantage suggests there must be an off-set in engine mode or fuel load at play in the times, as the gap seems too big to be representative.

Mercedes have fitted Bottas’ car with a sixth internal combustion engine despite the fact that only three are permitted for the season, which means a five-place penalty for the Finn.

Williams driver George Russell and Aston Martin’s Sebastian Vettel also have engine penalties but they have taken more components – a turbo and MGU-H as well as the ICE – and they will start from the back of the grid as a result.

Things were way different in the second practice as Sergio Perez sparked hopes of a Red Bull resurgence as he went fastest, but teammate Max Verstappen failed to set a flying lap having got caught up in traffic. That left McLaren’s Lando Norris second and Mercedes’ Lewis Hamilton third fastest.

Verstappen and Hamilton drove side-by-side from the final corner through to Turn 1 with 10 minutes on the clock. The Red Bull driver called his rival a “stupid idiot” and offered him a choice gesture as the Briton sped away.