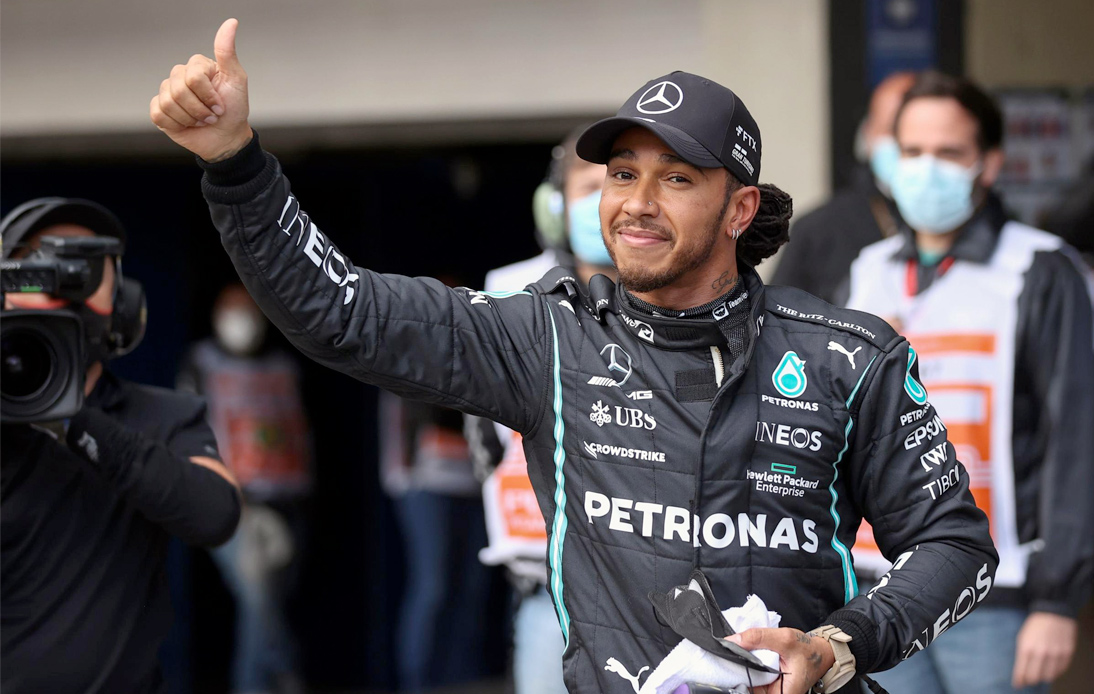 Lewis Hamilton has been disqualified from qualifying at the Sao Paulo Grand Prix for a technical infringement on his Mercedes car.

The rear wing on his car was found to contravene rules after he set pole position for Saturday’s ‘sprint’ event.

This means that Hamilton will start the ‘sprint’ from last place, with title rival Max Verstappen on the pole.

In a separate verdict, Verstappen was fined 50,000 euros for touching Hamilton’s car after qualifying.

Hamilton’s penalty is a potentially major blow to his title hopes as the season heads towards its decisive races and he is 19 points behind Verstappen.

The Briton also has a five-place grid penalty for the main grand prix on Sunday after Mercedes fitted a new engine to his car, the fifth of the season.

If Verstappen wins at least five points more than Hamilton this weekend, the Dutchman will be able to finish second behind the seven-time champion at all three remaining races and still win his first world title.

Hamilton’s car was referred to the stewards after he had set the fastest lap that was 0.438 seconds quicker than Verstappen in Friday’s qualifying session.

The move came after Red Bull lodged a complaint with governing body the FIA about the rear wing on Hamilton’s car.

Officials inspected the wing and found that it did not comply with the rules regarding the maximum gap between its two elements when the DRS overtaking aid was deployed.

Verstappen’s offense occurred when he went over to look at Hamilton’s car after qualifying because Red Bull had questions about the Mercedes’ rear wing.

Stewards said it was clear “that there was an insignificant force when Verstappen touched the wing”.