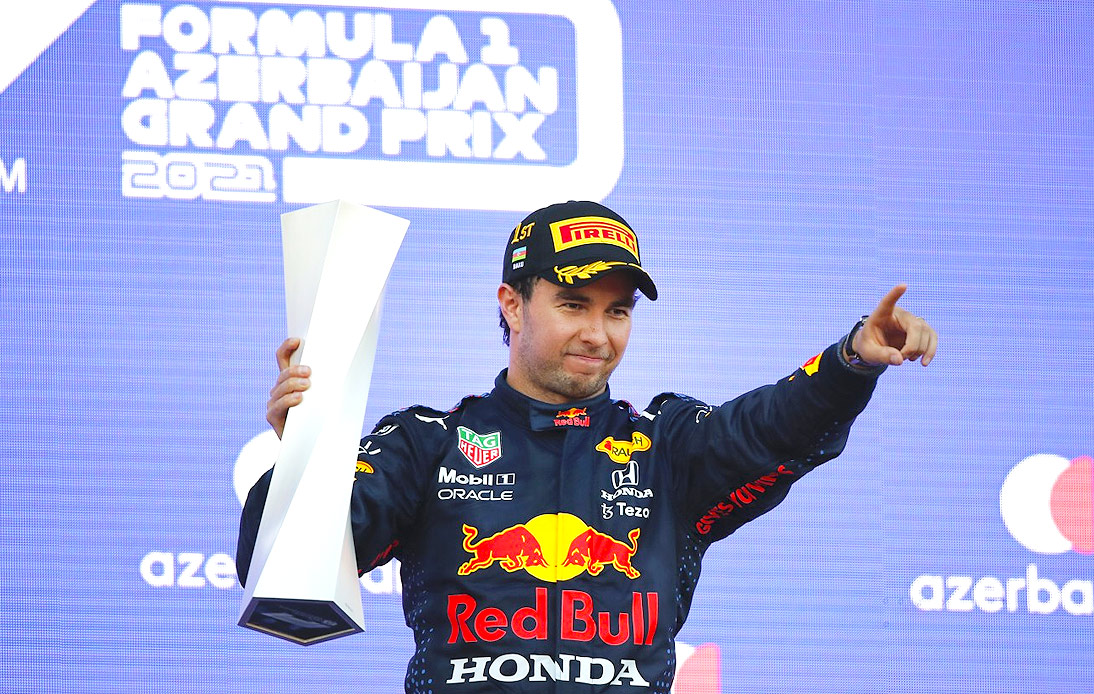 Perez fought them both off in a thrilling two-lap sprint to the finish and emerged as the winner in a historic achievement for Mexican and Latin American motorsport.

On this day, luck turned its back on Max Verstappen, who suffered an unfortunate late puncture and crashed out with five laps to go. The Dutchman could not hide his frustration and gave a bitter kick to a damaged tyre on his car.

Due to Verstappen’s accident, the race had to be stopped and everything seemed to indicate that Lewis Hamilton would regain the championship lead, however, as unbelievable as it sounds, the British driver wasted this unbeatable opportunity.

The Briton was second on the grid at the restart and was ahead of Perez into Turn One. However, he locked up his tyres and ran into the escape road.

This absurd mistake not only cost him a fifteenth-place finish, but also allowed Red Bull driver to retain the championship lead, with a slight four-point advantage over the Mercedes driver.

Meanwhile, madness is running wild in Mexico thanks to the unexpected win of ‘Checo’ Perez.